No justice for burning man 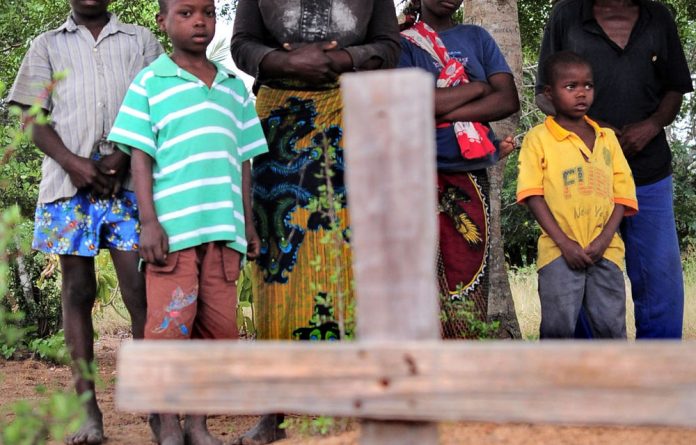 An informal inquest quietly held at the Boksburg Magistrate’s Court disclosed that police made no arrests in connection with the brutal murder of Ernesto Alfabeto Nhamuave, a 35-year-old Mozambican who was burned alive during the xenophobic violence in South Africa in May 2008.

Ernesto Nhamuave. The image of him burning to death shocked the world. (The Star)

The horrifying photographs of ‘the burning man”, as he became known, were splashed across newspapers around the world, bringing home the barbaric nature of the violence against foreigners.

But the closed informal inquest held on May 25 and continued on June 15 this year found that police had not identified anybody who could be held accountable for his death. An informal inquest was held because there were no suspects in the case and the findings were based on affidavits contained in police dockets.

For two years members of his family in the rural village of Vuca in southern Mozambique have been waiting to see justice done, but it appears his murderers will never be brought to book.

Advocate Pieter du Rand, chief director of the court services branch of the Department of Justice, told the Mail & Guardian he had been informed that no one could be identified as being accountable for Nhamuave’s death.

‘The family will be informed of the outcome on September 17 and presented the opportunity to pose any questions they may have,” Du Rand said.

Nhamuave’s brother-in-law, Francisco Kanze, who also suffered injuries during the attack, is still living in South Africa, but could not be reached for comment.

Henk Strydom, senior state prosecutor, said that the inquest would not be finalised until the family had given their input. The magistrate’s findings would not be made public until this had happened.

Nhamuave came to South Africa to earn money for his poverty-stricken family, but he was caught up in the xenophobic violence that swept the country in 2008 and claimed the lives of 62 people. He was murdered by a rampaging mob in Ramaphosa township on the East Rand, his body burned beyond recognition. It took two weeks before anyone even knew Nhamuave’s name.

The South African Human Rights Commission (HRC) first sounded the alarm in March when it released the findings of its investigation into issues of rule of law, justice and impunity arising out of the 2008 violence against non-nationals.

‘It is a matter of concern that, although an employee of Reiger Park police station reported opening a case in relation to the burning of Ernesto Alfabeto Nhamuave, known to the public as ‘the burning man’, the South African Human Rights Commission was unable to locate records on the National Prosecuting Authority roll, or at Reiger Park police station of any such case,” the commission said in its report.

But claims that the police docket had gone missing were denied by police spokesperson Brigadier Govindsamy Mariemuthoo, who said he had followed up on the case after the release of the report.

‘The case docket was not missing,” he said. ‘It was handed to the inquest.” Mariemuthoo said he had spoken to the Reiger Park station commander and had confirmed that Nhamuave’s murder could not be linked to anyone.

‘If a third party is found to have been responsible for his death, the investigation will be reopened,” he said. ‘The inquest finding will in the meantime establish the cause of death.”

On June 1 this year Nathi Mthethwa, the minister of police, in a written response to questions from the Democratic Alliance, said that a docket was opened into Nhamuave’s murder in May 2008.

When asked about progress in the case, Mthethwa replied that the investigation was complete. ‘The docket was referred to the senior public prosecutor on May 12 2010 for a decision.”

Nigerian filmmaker Adze Ugah, who made a film about Nhamuave’s life for a series by the group, Filmmakers Against Racism, interviewed his wife, Hortencia, and four children in Vuca.

Three months ago the South African-based filmmaker went back to the small village to see how the family was coping.

‘His 12-year-old son still can’t talk about his death and he bursts into tears when he thinks of what happened to his father,” said Ugah.

‘It is so sad. Anyone will grieve for the loss of a loved one, but especially if he dies like that.”

Bulelwa Makeke, the NPA’s spokesperson, said that all the cases from the 2008 xenophobic violence that ‘were prosecutable” had gone to court.

‘The current cases, as they present themselves, will be dealt with accordingly and perpetrators will face the full might of the law,” Makeke said.

Problems encountered in the prosecution of suspects arrested in connection with the violence are revealed in a letter written by Sibongile Mzinyathi, acting head of the National Prosecution Service, in February last year, to Duncan Breen, advocacy officer for the Consortium for Refugees and Migrants in South Africa (Cormsa).

He wrote that the department of justice, with the NPA, had established three special courts to deal with those cases.

But Mzinyathi said there had been challenges in fast-tracking most of these matters in the courts and it had not been easy to trace either complainants or witnesses. Some of the witnesses who were traced and subpoenaed failed to appear. Another problem had been finding interpreters for these cases. He wrote that the accused faced various charges, but most were convicted of theft and assault. The most common sentence was direct imprisonment, with the option of a fine.

The HRC believes judicial outcomes for the attacks had attained limited justice for victims and had allowed significant levels of impunity for perpetrators. Of 597 cases, only 159 had been finalised with a verdict — 98 guilty and 61 not guilty — while 218 had been withdrawn by October last year.

The commission’s report revealed that from May to August 2008 there were delays in the finalisation of cases for trial as there was a shortage of police detectives to do the investigations, a shortage of capacity at police forensic laboratories, insufficient court capacity to deal with the incoming cases and limited availability of legal representation.

It also found that, of at least 62 deaths reported as a result of the violence, only 33 cases of murder or attempted murder were reflected in the records of the Justice Department.