No shame in fame 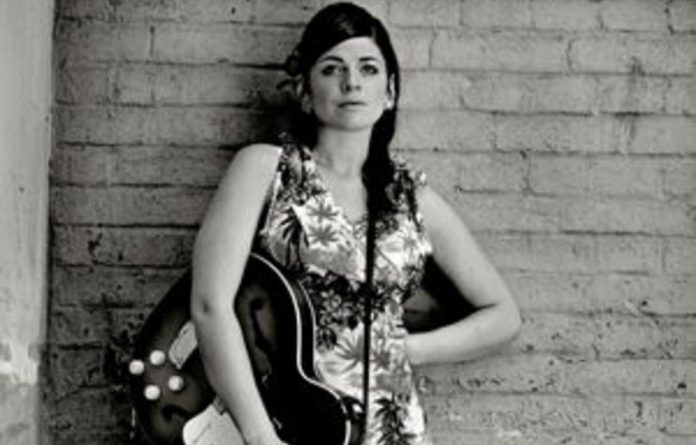 This may sound like an inanely positive message, but when it comes to Essex lass Gemma Ray, it surprisingly rings true.

In 2005 the seductive singer-songwriter was struck down with chronic fatigue syndrome, which left her stripped of all energy.
But it was how she responded to this debilitating illness that is important. She buckled down and began work on a new album, titled Lights Out Zoltar!

The result is a sprawling recording of songs indebted to 1950s and 1960s pop, with the tracks arranged and recorded in a way that would make Phil Spector and Brian Wilson proud.

“I was only able to record Lights Out Zoltar! with the help of hypnosis tapes,” says Gemma Ray, “which became a scientific aid to my brain and gave me lots more energy when I needed it.”

Lights Out Zoltar! is an album about the triumph of science over superstition, says Gemma Ray, and it has gone on to win her serious critical praise and even a few awards.

With its 12 songs varying between massive Brian Wilsonesque arrangements and gritty Nick Cave and the Bad Seeds blues-rock numbers, it’s not hard to see why.

Tough Love is a sugary-sweet pop song that maintains a sinister undertone; Dig Me a River is a dark, crunching blues number; and 1952 sounds like a tune that the Magnetic Fields’s Stephin Merritt could have written, but Gemma Ray gives it a seductive shine.

So with an award-winning album under her belt, Gemma Ray has hit the live circuit again, with tours of the United States, Europe, Australia and South Africa scheduled. But as if touring one album wasn’t enough, in December she slipped back into the studio for five days and banged out a new album of cover versions, titled It’s a Shame about Gemma Ray.

Released this month by her record label, Bronzerat, it includes some stellar recordings of songs made famous by Ella Fitzgerald, Buddy Holly, Etta James, Mudhoney, the Gun Club and Lee Hazelwood. It’s a Shame about Gemma Ray is a snapshot of an artist stripped bare and paying homage to her influences.

In this rough-and-ready recording style Gemma Ray sounds as though she’s the missing link between British rockabilly star Holly Golightly and the Breeders, with a touch of PJ Harvey thrown in for good measure.

The haunting Hawaiian guitar used on her recording of Mudhoney’s Touch Me, I’m Sick is a masterstroke and the gorgeous cover of Buddy Holly’s Everyday is another highlight.

One song even has Gemma Ray singing the lyrics to Sonic Youth’s Drunken Butterfly over the theme music from Roman Polanski’s Rosemary’s Baby, which was written by Krzysztof Komeda, a huge influence for her.

The tortured version of Big Spender has a Tom Waits feel to it, as though channelled through early-1990s Bristol’s electronic scene, and Swampsnake is a gritty Jesus and Mary Chain-inspired blues number.

It’s a Shame about Gemma Ray offers a different side to the one on show on Lights Out Zoltar! But both are riveting albums that highlight the fact that Gemma Ray is one talented lady.

South Africans audiences will be lucky enough to catch her at a venue near them in the coming weeks.

Not only will Gemma Ray perform in South Africa, she also plans to record collaborations with some South African artists for her new album. She will also take part in the new season of the Safta award-winning SABC2 series, Jam Sandwich.