Not a ‘NEET’ solution to joblessness 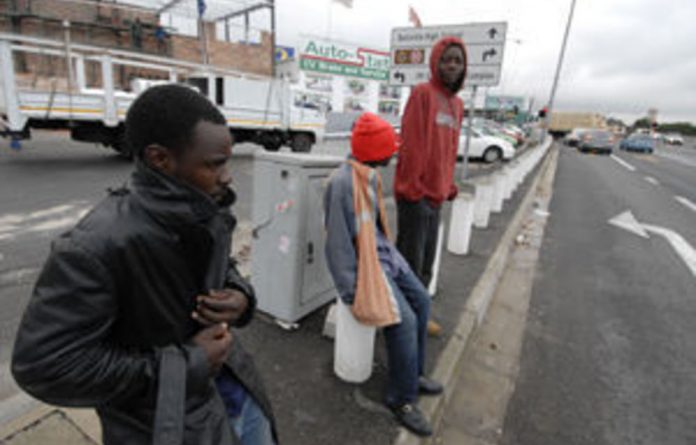 Pushing learners into higher education comes at a double cost. First, there is an unacceptably high dropout rate, particularly during or after the first year of higher education. And second, the cost of ploughing huge resources, financial and human, into remedial academic development is prohibitive.

Yet the government’s idea of further education and training (FET) colleges as second-chance institutions does not work, because it does not solve the problem of the estimated 2,8-million youth who are “not in employment, education or training” (NEET).

But research I have conducted at the Human Sciences Research Council suggests that an adjusted notion of “basic education” combined with a different system of post-school pathways could kill several birds with one stone.

The present model of education and training in South Africa places a number of obstacles in the pathways of learners wanting to progress up the learning ladder. Five are worth noting.

Third, 72% of young unemployed learners have a qualification at National Qualifications Framework (NQF) level 4 when they enrol for a learnership — the overwhelming majority (92% of this group) having enrolled for a learnership programme at a level lower than or equal to NQF level 4.

Fourth, private provision has been found to be far more popular than public provision in the FET colleges — suggesting that FET colleges are not providing relevant, credible programmes in sought-after technical and vocational learning areas that will lead to uptake in the labour market.

And fifth, there are too few institutional options in the FET band on the NQF to cater for the demand for further learning and which provide a pathway into the labour market — and that, in turn, funnel students into higher education.

But pushing learners into the tertiary system comes at a cost. The attrition rate in universities is notoriously high (between 40% and 50%), suggesting that many of the learners enrolling in universities should be enrolling in different types of institution for qualifications other than degrees. And though many universities provide comprehensive support for students ill-prepared for university study — in the form of bridging programmes, extended curricula, intensive and sustained academic development, and the like — at what cost is such remediation laid on? Universities cannot continue to bear the human and financial resource brunt of failures in the schooling system.

The former department of education proposed in its National Plan for Further Education and Training Colleges that FET colleges be used as second-chance institutions for learners who had dropped out of the schooling system or failed the senior certificate examination. But is this a NEET solution?

FET colleges are hardly the most appropriate vehicle for a social engineering project to get the youth off the streets and into meaningful activity. Such a project distorts the mission of the FET college, which is to develop technical skills at the intermediate level that will form the backbone of the semi-professional arsenal.

And it also creates a false sense of hope. For what are college graduates’ employment prospects after college? Although there are no concerted tracking mechanisms in FET colleges at present, there are indications that students coming out of colleges with a vocational national certificate (NCV) are not finding employment, partly because employers are sceptical of the value of the NCV qualification — ironically demanding a national senior certificate in its stead — and partly because of the low absorptive capacity of the labour market.

From three perspectives, then — the dearth of learning opportunities at the intermediate level; the attempt to distort the central purpose of the FET college by creating for it a remedial focus; and the mismatch between FET college provision and labour market absorption — it is clear that the FET college cannot in itself embody the only institutional type between the school and the university for meeting young people’s aspirations for further learning.

The opening up of a number of progression possibilities both along and between academic and technical/vocational pathways.

Michael Cosser is a chief research specialist at the HSRC. His work has predominantly been on pathways through the education and training system and into the labour market. This is his summarised version of a paper he presented at the HSRC last week. The full version can be found here

‘Government can’t do it alone’

With nearly three million people between the ages of 18 and 24 years not in employment, education and training, the country must provide young people with better and more access to post-school education, Higher Education and Training Minister Blade Nzimande said on Tuesday.

He was speaking in Durban at a Sugar Industry Trust Fund function to congratulate 45 students assisted by the fund to pursue further study.

The students are from “deep sugar-cane-growing communities” and their bursaries are worth R2,9-million, Nzimande said.
But the Ford Foundation’s recent research findings that three million people between 18 and 24 are neither employed nor studying showed up “the challenges of the post-schooling system”.

Through the National Student Financial Aid Scheme, the government was assisting students at further education and training (FET) colleges and universities to the tune of R2,7-billion this financial year, Nzimande said.

But “the financial need is so great the government cannot alone support access to higher education for all needy students”, he said: the state depended on partnerships with the private sector, such as that with the Sugar Industry Trust Fund.

He would talk soon with the fund about further partnerships in KwaZulu-Natal between FET colleges, Setas, government and universities in the province. — David Macfarlane