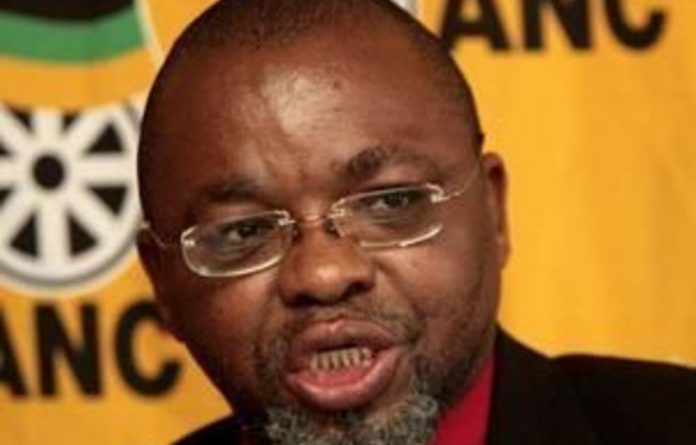 “Education comes up as a priority in solving all these problems,” he said during the inaugural JB Marks memorial lecture in Johannesburg.

It enabled people to break the chain of poverty and contribute to the economy.

The Freedom Charter stated that basic education would be free and compulsory for all children.

“The first 12 years of learning must be able to give children the basic skills to enter the labour market. It must never happen that a child is deprived of education because of their family’s economic status.”

“There are still those disparities where children who go through former Model C schools readily meet the requirements to get to university. Rural black children have to struggle and beg before getting into universities.”

Mantashe said it was “very sad” that some universities tested students on skills such as computer literacy before admitting them, when most children from rural areas had never seen a computer.

“I experienced this first-hand with a student from Lusikisiki in the Eastern Cape, for whom we had to beg and explain over and over again his school’s situation for him to be accepted to university. That disparity talks to difference in content.”

Agricultural colleges
Failure or success was a choice in South Africa, he said.

“We have ‘no fee’ schools where you can never be turned away because you cannot afford to pay fees. For anyone not to have at least a matric certificate is a choice.”

About 68% of South African schools were “no-fee” schools.

Mantashe said technical and agricultural colleges were important for the country’s education system.

There were plans to reopen and upgrade agricultural colleges to help rural children gain access to tertiary education because “people, including farmers, must be skilled at all levels”.

The JB Marks Education Trust, named after John Beaver Marks, who was president of the African Mineworkers’ Union, provided study fees for members and dependants of the National Union of Mineworkers (NUM).

It was established by NUM in 1997 and sought to address the need for black graduates in the mining, energy and construction sectors, said union spokesperson Lesiba Seshoka. — Sapa