Time to reconstitute the NPA 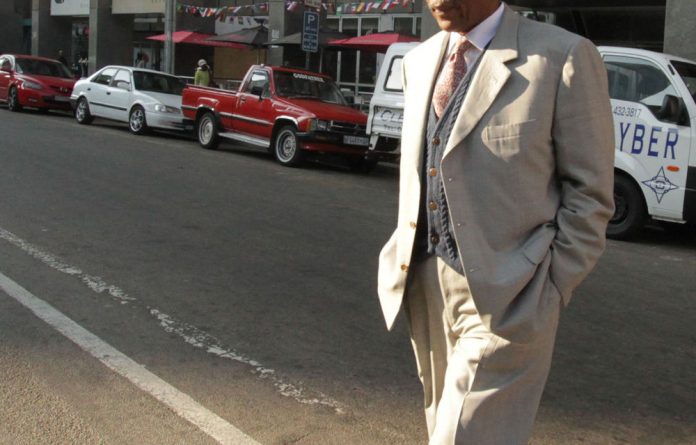 The conviction of former police commissioner Jackie Selebi has correctly been heralded as another example of the independence of the South African judiciary. It has also been suggested that it places South African democracy in a good light — the willingness to prosecute the highest-ranking police officer who had been an influential cadre of the ruling party is illustrative of a governmental commitment to the principle of accountability to legality.

That claim is again correct but it hardly tells the complete picture of the Selebi saga. Consider the essential facts:
In February 2007 the Scorpions informed the then national director of public prosecutions, Vusi Pikoli, that they needed information from the South African police regarding the murder of Brett Kebble. They told Pikoli that they suspected that Glenn Agliotti might have been involved in the Kebble murder. Agliotti had close links with Selebi, who had infamously said that Agliotti was his “friend, finish and klaar”.

The police, unsurprisingly, were not cooperating with the Scorpions in their investigation. Pikoli turned to the then minister of justice, Brigitte Mabandla, and her superior, then-president Thabo Mbeki, but seemingly to no avail. In May 2007 Pikoli informed Mbeki that the National Prosecuting Authority (NPA) would be compelled to acquire search-and-seizure warrants if Selebi continued to ensure an uncooperative police response.

By September 2007 the NPA obtained the necessary warrants against Selebi. When Pikoli informed Mbeki, the president instructed Mabandla to intervene, which she did by writing to Pikoli, instructing him not to proceed until she was satisfied that there was sufficient evidence to justify the execution of the warrants. Pikoli insisted on proceeding and Mabandla then called for him to resign. When he refused, Mbeki suspended him on the basis that the relationship between “the minister and the NPA head had broken down irretrievably”.

At this point, enter Mokotedi Mpshe, whom Mbeki appointed as acting head of the NPA. Of course, Mbeki could not fire Pikoli; even his legal advisers knew that. So he appointed the Ginwala Commission to inquire whether Pikoli was still fit to hold office. Although Ginwala found, in December 2008, that most of the allegations against Pikoli were unfounded, she somehow held that Pikoli should have acceded to a request from Mbeki that he be given two weeks to create the enabling environment for Pikoli to proceed — whatever that might have meant. Ginwala speculated that this reason may have had something to do with national security and hence Pikoli’s insistence on proceeding revealed an insensitivity to these key concerns. On this tenuous basis, Mbeki’s successor, Kgalema Motlanthe, refused to reinstate Pikoli as head of the NPA.

Thanks to the judgment of Judge Meyer Joffe, we now know that Pikoli, at the very least, had good grounds to suspect that the police commissioner was a crook who enjoyed corrupt relationships, inter alia with Agliotti. Let’s give Mbeki the benefit of the doubt: he genuinely did not believe what Pikoli had told him about Selebi’s corruption. The point is that an independent NPA exists to do its job and if, in its professional view, there were sound grounds for proceeding against a corrupt police chief, the president should avoid political interference. And there was at the time more than enough evidence to proceed against Selebi. This is not a case of relying exclusively on the hindsight of the judgment of Judge Joffe — even the timid Mpshe realised, upon assuming office, that the evidence against Selebi was compelling, resulting in charges for corruption and obstructing the ends of justice.

Viewed in this factual context, the Selebi saga shows that gross political interference took place at the highest echelons of state power, seemingly to protect a corrupt police commissioner. Instead of accepting the constitutionally mandated independent exercise of the NPA’s power to prosecute, Mbeki interfered and removed an NPA chief who was doing his job. And for what? To protect a man who has now been proved beyond reasonable doubt to be a corrupt police commissioner.

Judge Chris Nicholson, who was so brutally rebuked by the Supreme Court of Appeal, may well now have history on his side. Although his judgment in the Zuma case was incorrect in its application of the rules of evidence and procedure, the later revelations of the conversations of Leonard McCarthy showed that, although evidentially wrong, his apprehensions of political interference have been proved to be correct.

This apprehension is only compounded when viewed in the context of the Selebi trial. Ironically, Pikoli was replaced by Mpshe, who eventually stopped the Zuma prosecution. Tellingly, Pikoli has stated that he would not have dropped the charges, leaving one to wonder what might have been if Pikoli, rather than Mpshe, was in office. Mpshe was then replaced by Menzi Simelane, himself a key player in Mabandla’s action against Pikoli. Simelane has not only ensured the termination of the Scorpions but also appears to promise a more executive-minded and compliant NPA.

The NPA’s huge challenge is to reconstitute itself fully as the independent body it was intended to be in terms of the Constitution. We now have overwhelming evidence that the NPA was used against Mbeki’s political opponents and to protect his political allies, however corrupt. This is sufficiently compelling that we are owed an explanation of their motives from those who continue to revise and promote the legacy of Mbeki.