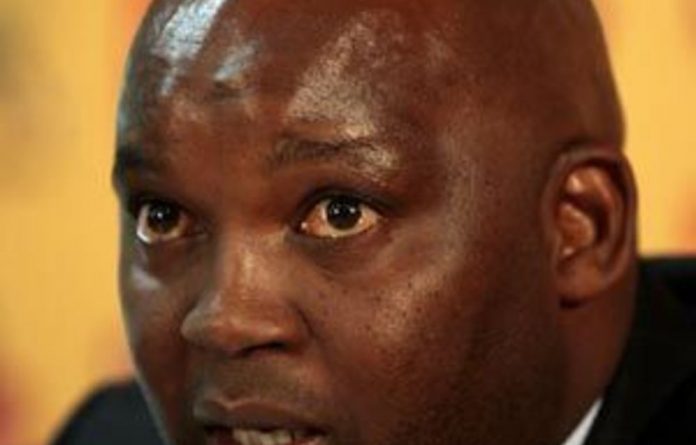 Mokoena, who plays for English second-tier club Portsmouth, was blamed for several of the goals that condemned the 2010 Soccer World Cup hosts to a first-round exit.

Media speculation had hinted Mosimane would ditch veteran Mokoena, who became the first South African to reach 100 caps when skippering his country in a pre-World Cup friendly against Guatemala.

Mokoena critics say he consistently concedes free kicks in dangerous positions, plays opponents on side by reacting too slowly, and is not an inspiring leader.

South Africa held Mexico, crashed to Uruguay and defeated a demoralised France in a World Cup group and were pipped for the second qualifying place on goal difference by the Uruguay.

Mosimane, who replaced veteran Brazilian Carlos Alberto Parreira after the World Cup, retained 17 of the 23-man squad that became the first from a host nation not to make the second round.

Gould would probably have been a first-choice World Cup centreback but for injury, while Fransman and Mdledle were among those axed from the preliminary 30-strong squad.

Wide player Klate was considered too physically slight by Parreira while surprise selection Ngcobo snubbed a call-up last year for a friendly against Chile.

Mosimane has publicly stated his opposition to the 4-5-1 system favoured by 1994 World Cup-winning coach Parreira, preferring two strikers and one midfielder less.

The other strikers chosen for the clash with the Black Stars, Katlego Mphela and Bernard Parker, started against France and South Africa created far more chances in that match than the previous two.

Officials are hoping for a sell-out 85 000 crowd, although the biggest Ghana drawcard — Chelsea midfielder Michael Essien — has not been included nor Inter Milan midfielder Sulley Muntari.