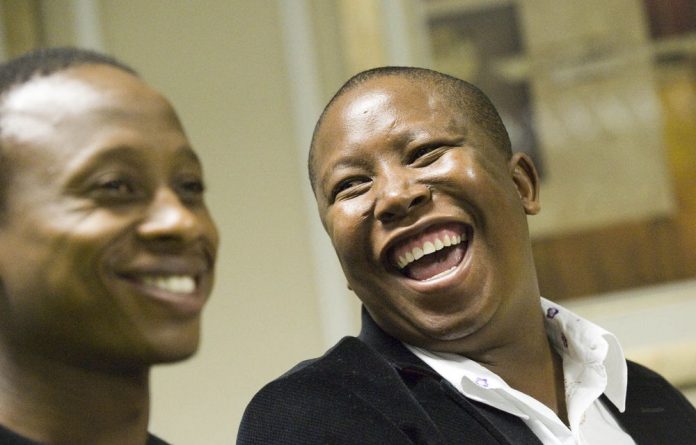 A Cosatu leader has admitted that the federation is using its resources to support ANC Youth League president Julius Malema’s enemies in the Limpopo youth league.

The Masoga-led provincial executive committee was ousted by Malema’s faction during the provincial youth league’s chaotic conference in Makhado in April.

The Masoga faction, now operating as a parallel structure, does its organisational work from Cosatu offices in Polokwane.

Sebabi said Cosatu felt that housing the Masoga faction was a “revolutionary responsibility to assist comrades within the alliance”.

“Masoga and other ANCYL leaders operate from our office from time to time because they don’t have their own equipment.

“They come to us whenever they feel like it. It’s like their home. They use our phones. Sometimes they hold meetings there. Our members do not have a problem with that. If I don’t raise it as a problem, no one will,” said Sebabi.

Eric Hlungwani, the Masoga group spokesperson, denied that they were housed at Cosatu’s offices but said they received support from the ­federation from time to time.

“We meet at different labour union offices for our meetings. Our secretary, Goodman Mtileni, is the one who will know better who is helping him. Sometimes it is Nehawu, sometimes it is Cosatu,” said Hlungwani.

Masoga said assistance from Cosatu was nothing new in Limpopo as in the past the ANC had itself been “largely dependent on Cosatu facilities”.

But Jacob Lebogo, the youth league provincial secretary, said the league had never previously used Cosatu’s offices. “They [Cosatu] have taken their own faction. There are people who are not allowed to enter the Cosatu building,” Lebogo said.

Masoga and his followers insist that they remain legitimate youth league leaders in the province. He was recently expelled from the league for bringing the organisation into disrepute by making public statements in which he accused Malema’s faction of hijacking the provincial conference.

Masoga, said to be a close ally of Malema’s deputy, Andile Lungisa, is also challenging his dismissal in court.

Some league leaders claim that Cosatu has been bankrolling Masoga’s legal fees, estimated to be more than R700 000, but Masoga and Sebabi reject the claim.

Masoga is using a law firm, Cuzen Randeree, previously used by Cosatu, but Zain Randeree said he could not respond on the firm’s relationship with clients as that was confidential.

Cosatu’s national spokesperson, Patrick Craven, confirmed that the federation had used Cuzen Randeree, but “only once”. He also denied that Cosatu was bankrolling any youth league faction.

“Cosatu frequently offers the use of its office facilities to members of alliance structures,” he said.

Youth Day, June 16, reminds us of the role of youth in the struggle against oppression throughout the history of the ANC
Read more
Advertising
Continue to the category
Politics