I was a Weekly Mail mole 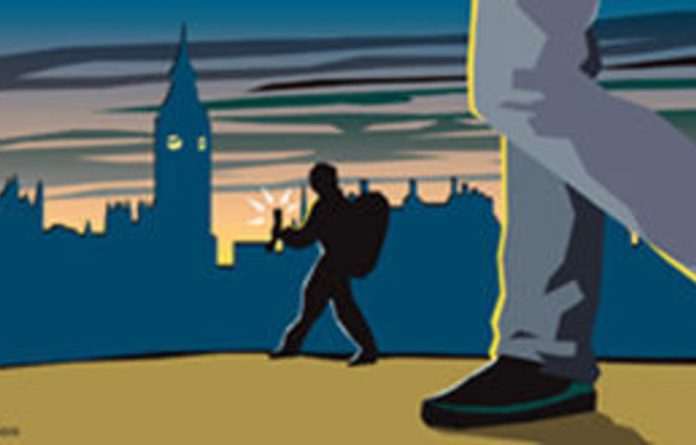 In 1985, I became a political refugee in Britain, and spent the first six months of my exile life in the London underground.

Not undercover, though. I had left South Africa to avoid imprisonment under the State of Emergency. But I didn’t go underground in the covert sense of the term.

Instead, I was literally below the surface, for much of the week at any rate. It was all the result of a small but outspoken South Africa newspaper, back then called The Weekly Mail and today known as the Mail & Guardian.

As the publication’s distribution agent in the United Kingdom, I had to build and serve a market for it. That meant a weekly routine of traipsing the city pavements to reach a distant tube train station with a huge but empty haversack on my back.

With the purchase of a one-day travel card, I’d head for Heathrow, switching there to a bus to transfer for the cargo depot. Three hours of commuting under the belt later, I’d finally be signing a set of customs papers and stuffing 200 copies of the latest edition into the backpack.

Another marathon on the tube would reverse the route so as to return to London. First stop, the ANC office in Penton Street. Second drop-off point: the leftwing bookshops that then lined Charing Cross Road. Those were the big customers.

Next, with the help of a book listing 50 alternative bookshops in London, the mission continued via the tube to drop off the remaining 150 copies. The slog took in anarchist bookshops in the East End, a rasta outlet in Brixton, a charity shop in Hampstead — you get the picture.

The following two days would continue the drill, traversing the far-fl ung boroughs of greater London in the cause of campaigning circulation. At each tiny shop, I’d hand over fi ve or so papers, and collect whatever was unsold from the previous week.

It was the life of a mole — spending days in tunnels moving from place to place, popping up only briefly for a snatch of fresh air. This was something of a change for a South African accustomed to life under the blue skies of Johannesburg, though not of course as radical a rift as that facing the men who had to swap the rolling hills of Transkei for the closed darkness of South Africa’s mineshafts.

Still, unbroken time on the London underground can corrode the soul. The spiritual compensation was knowing that the distribution schlep was spreading a sliver of light about a blacked-out country.

The Weekly Mail arrived week after week, even through 1990 when much of its expatriate market moved back home to South Africa. After the six months, though, the number of distribution outlets was rationalised, and funds were found to pay a courier firm to do the airport leg of the collection.

I got a job distributing video footage of the South African struggle. The influence of the newspaper in the UK and beyond continued. With international coverage that was intermittent and angled to foreignpolicy issues, it was unique to have regular information about South Africa through the local lenses of The Weekly Mail.

The experience opened the eyes of many ANC people abroad to the vibrancy of the internal resistance movement. The Weekly Mail‘s news and views also helped to feed the work of the British Anti-Apartheid Movement, which in turn played a major part in securing sanctions against Pretoria.

For recently arrived exiles, not excluding the paper’s original distribution agent, the publication was like a newsletter about what was happening back home — many of its newsmakers were known personally to those of us who left after 1985. The paper also made another impact abroad. From the outset, it conveyed its identity as being politically independent.

Stoffel Botha, the apartheid minister who came close to killing off the publication, probably regarded it as an ANC mouthpiece. But the ANC people in London knew it was not under the movement’s control. aspects: exposing the criminals in power and highlighting those who fought them.

Along with the Vrye Weekblad, it led the field of investigative journalism across the whole country. The two newspapers bravely undercut the effect of apartheid’s censorship, bringing evil to light, and they served as a barometer of the ferment around the country.

Eventually, in the 1990s, the South African mainstream media began to cover black, labour and community politics. This meant The Weekly Mail no longer held a special niche of struggle content, and the same went for other players in the “alternative press”.

The change was not the death knell of the paper. It retained — and even intensified — its investigative edge, applying this without fear or favour to abuses across the political spectrum. These characteristics of digging the dirt in an independent manner still endure in 2010.

Whether its politics are loved or loathed, the paper today is essential reading for the political elite. This status elicits a sense of admiration from readers that few other newspapers are able to kindle. Even those who support the ruling party and resent the exposure of ministers living the high life have a grudging respect for it.

Why else then would they bother with the proposed media tribunal and the Protection of Information Bill, if it weren’t for the kind of journalism pioneered by the Mail & Guardian? But one thing is for sure: the self-same proponents of these controls will also be the first to miss this journalism when it’s gone. Not that the Mail & Guardian or other newspapers intend to go quietly.

They have the model of the original Weekly Mail, which built its identity by doing plucky journalism against the odds, and by sustaining this on a shoestring over many years. Surviving those challenges is an inspiration in the current conflict. Over its history,

The Weekly Mail even managed to incubate independent journalists who later went on to become key editors — people such as Mondli Makhanya (Sunday Times) and Ferial Haff ajee (City Press).

And among those it touched, The Weekly Mail set off a process that culminated in a distribution agent in London eventually becoming a journalism professor. A course in newspaper circulation, anyone?