The horror of back to basics 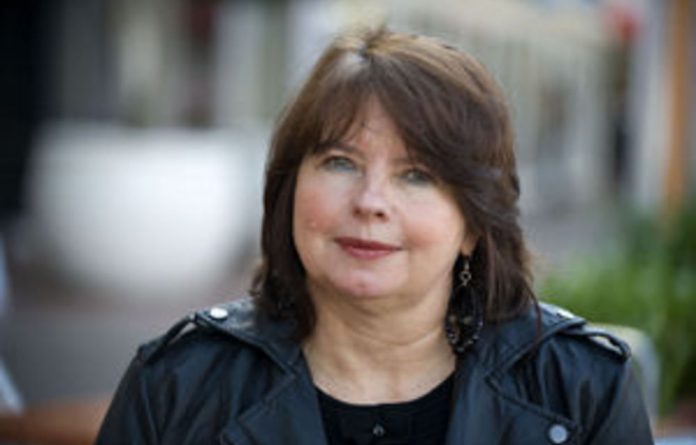 Ecstatic celebrations at the “demise” of outcomes-based education (OBE) suggest that our memories must be very short, says educationist Cynthia Kros.

Kros, a professor in Wits University’s school of arts, believes her recent book, The Seeds of Separate Development, about apartheid “Bantu education”, should serve as a warning of what we do not want practised in our classrooms ever again. Even more disturbing to those celebrating the alleged death of OBE is that Kros said she is seeing in her university students tangible improvements that must be the results of OBE methods in schools in the past decade or so.

Writing in the Mail & Guardian recently, Junita Kloppers-Lourens distanced herself from the OBE funeral celebrations, arguing that we must not throw the baby out with the bathwater. In other words, critical thinking must be encouraged alongside a focus on content and the basics of numeracy and literacy — and this, Kloppers-Lourens said, is what good teachers have always done anyway.

Application is key
But Kros goes much further. Speaking to the M&G, she said the phrase “going back to basics” fills her “with horror”. A high school history teacher before joining Wits, Kros said: “There is no such thing as the basics; you have to learn within a context.

“I’d argue that the only point of learning history as a school subject lies in its application: understanding particular concepts and learning to weigh up different kinds of evidence.”

She employed OBE methods long before their formal introduction, emphasising critical thinking rather than rote learning. For instance, when she taught white schoolchildren at the height of apartheid, she told her classes that what they were reading in prescribed textbooks was “just one point of view”.

She finds the reactions to OBE’s demise “both sad and irritating”, arguing that the principles of OBE are sound. “I’ve seen what I think is a difference over the last two years in first-year students. In the past they were often docile and expected me to supply all the answers,” she said.

“What I’ve seen recently are students from across the board challenging me, contesting ideas, lacking inhibitions and being articulate and confident.”

Many have real difficulty writing, she concedes — “but that’s not very different from before OBE”. And she sees “no obvious racial differences” here: “I can’t tell who is black or white from reading their scripts. There are black students who are easily as good or better than their white peers.”

She agrees with critics of South Africa’s way of implementing OBE that the burden of bureaucracy this imposed on teachers was crippling — “the admin load was just too great”. And lack of resources is not a problem unique to OBE: that would debilitate any system, she says.

So wasn’t OBE just an ideological solution to apartheid education? “Education is always a vehicle for dominant social norms,” she says. “During apartheid days, even though I had a liberal background, I didn’t even know that African literature or history existed. People complain that most whites didn’t oppose apartheid. That’s largely because they weren’t taught to think for themselves.”

Forging a new social order
The main argument of The Seeds of Separate Development, which is based on Kros’s PhD, is that Bantu education was a conscious attempt to forge a new social order. Fearing that anarchy would follow the burgeoning black urbanisation that started in the 1930s and gathered momentum in the 1940s, apartheid ideologues designed Bantu education to limit and control black aspirations and achievement.

“The authors of Bantu education realised there was big trouble coming down the line,” Kros says. “The 1940s saw a lot of black militant protest — on the mines, in the townships and in schools — against the system of segregation, which was racially discriminatory although not as thoroughgoing as apartheid was to be.

“The apartheid ideologues thought the problem derived from promising black people full assimilation into South African society — through letting them into the cities and offering them an apparently equal education — but then never being able to deliver on the expectation. They argued that this would inevitably lead to mass anger and even greater protest and, ultimately, revolution.”

So a solution had to be found that would allow black people to exercise “rights” while not encouraging any “unrealistic” expectations, Kros says. “The ‘solution’ was apartheid — and Bantu education.”

Her book centres on the chief inspector of native education in the then Transvaal, WWM Eiselen. Described by his contemporaries as a “kind, gentle and courteous” man, Eiselen was instrumental in formulating the core ideas of an education system for the black majority that became part of the vision of “separate development”.

Intriguingly, Eiselen had great “respect” for African culture, particularly Pedi culture, and spoke Sepedi, Kros observes in the book. He wanted to preserve African cultures — and, like several apartheid ideologues, used exactly this sentiment as an argument in favour of segregation.

‘The banality of evil’
Eiselen’s infamous commission on Bantu education pondered which parts of African culture should be allowed to “mix” with European culture and which should not.

Kros draws on Hannah Arendt’s report on the trial of Adolf Eichmann — the Nazi officer who was responsible for the deaths of thousands of Jews — and especially Arendt’s phrase “the banality of evil” to emphasise that, within the context of their societies, both Eichmann and Eiselen were entirely normal. Both were responsible for terrible evil, yet, according to the twisted values that prevailed in their society, they were doing their duty.

So too, Kros suggests, some apartheid architects believed that Bantu education and apartheid morally improved on the 1940s status quo by providing blacks with some “benefits” such as homelands and formal education — yet the results of such “improvements” were devastating.

For Kros, the centre of attention must be the quality of teaching. “The teaching profession is not valued and there are not enough resources,: she says.