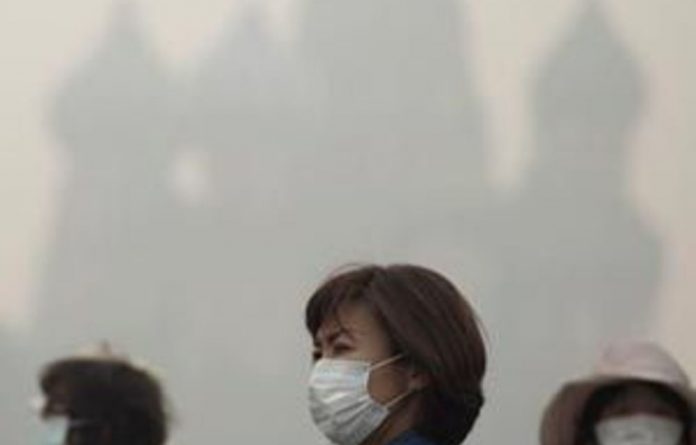 Russia fought a deadly battle on Tuesday to prevent wildfires from engulfing key nuclear sites as alarm mounted over the impact on health of a toxic smoke cloud shrouded over Moscow.

Two soldiers were killed by blazing trees as they worked to put out a fire dangerously close to Russia’s main nuclear research centre, while workers were also mobilised to fight blazes near a nuclear reprocessing plant.

After almost two weeks of fires that have claimed more than 50 lives and even part destroyed a military storage site, the authorities said they were making progress in fighting fires that still covered 174 035 hectares of land

“A positive dynamic in liquidating the wildfires continues to be observed,” said the head of the Emergencies Ministry’s crisis unit, Vladimir Stepanov.

“The numbers [of emergency workers] have been increased in those regions where there is a difficult situation with the fires,” he added.

The Emergencies Ministry said that over the last 24 hours, 247 new fires had appeared, more than the 239 that were extinguished, and 557 fires were still raging across the affected region.

Two members of the Russian armed forces were killed on Monday fighting wildfires around the major nuclear research centre in Sarov, a town still closed to foreigners as in Soviet times.

Reporting the first death, Interfax news agency said, “A burning tree fell on the soldier. He died of cranial trauma on the way to the hospital,” quoting Defence Ministry spokesperson Vasily Panchenkov.

The local crisis unit later confirmed that another serviceman, who usually worked at a local prison camp, was also killed by a burning tree while fighting the fire, Interfax said.

Acrid smog
Meanwhile, officials said fires close to the town of Snezhinsk in the Urals and home to one of Russia’s top nuclear research centres had been localised.

The acrid smog from wildfires 100km out in the countryside that descended over Moscow lightened on Tuesday morning, but forecasters warned it could return and the air quality was still dangerously poor.

The Moscow authorities acknowledged for the first time on Monday that the daily mortality rate in Moscow had doubled and morgues were overflowing with bodies, but the federal government has yet to confirm that statistic.

Carbon monoxide in the Moscow air was 1,4 times higher than acceptable levels on Tuesday, the state pollution watchdog said, a slight improvement from the day before. On Saturday they had been an alarming 6,6 times worse.

Moscow mayor Yuri Luzhkov, meeting strongman Prime Minister Vladimir Putin for the first time since returning from a much-criticised holiday, said calls to the emergency health services in Moscow had grown by one-fifth.

Luzhkov initially refused to return from holiday, with his aides earning ridicule in the tabloid press by denying there was any crisis in the city.

“You of course did the right thing by coming back from holiday. You did it on time,” Putin said pointedly.

Rejecting criticism
The authorities have rejected criticism that they were poorly prepared for the heatwave, which meteorologists have said is the worst in the 1 000 year history of Russia.

“Even if we had started [preparing for the heatwave and fires] 10 years ago we would not have been able to do anything,” President Dmitry Medvedev said late on Monday on a visit to one of the worst-affected regions.

Moreover, Russia is such a vast country. “Putting out fires in Luxembourg is presumably easier than in Russia,” he remarked.

The heatwave has a huge affect on all areas of Russian society, and economists warned on Tuesday the record temperatures could have cost the country $15-billion and undercut a modest economic revival.

Worst hit has been the agriculture industry, which has seen 10-million hectares of land destroyed.