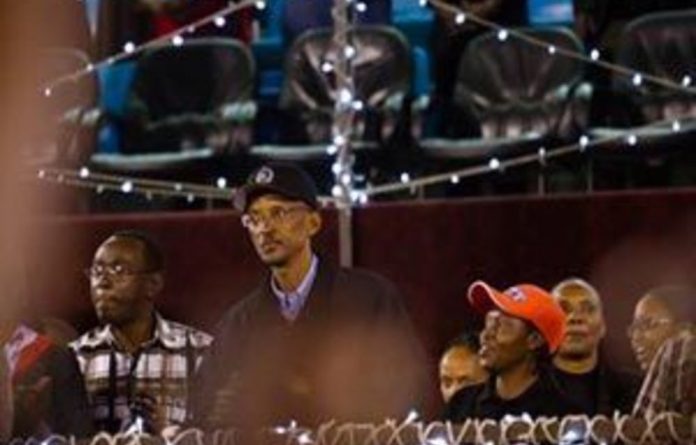 Rwandan leader Paul Kagame was set for a second seven-year term in office after provisional results on Tuesday showed he had won 93% of the vote in a presidential election in the Central African country.

Rwandans had been expected to vote overwhelmingly for Kagame in Monday’s poll, partly because of the economic growth and stability he has delivered during his decade in power, but also because of a crackdown on rivals and critics.

Preliminary results from the National Electoral Commission, broadcast on a large screen at an overnight victory celebration in a Kigali stadium, showed that in 11 out of 30 districts Kagame had garnered 1 610 422 votes out of 1 734 671 votes cast.

Supporters of Kagame, who has been in control since his rebel army swept to power and ended the genocide of 800 000 ethnic Tutsis and moderate Hutus in 1994, hailed their leader as fireworks crowned the victory celebration.

“We are here to celebrate because I think that Paul Kagame won the elections and he is a hero so I want to support him all the way,” Alice Kamanzi said.

President Kagame danced with his family and thanked supporters gathered at the Amahoro Stadium, where thousands of ethnic Tutsis sought refuge during the genocide.

“I ask you to wait for the final results, but I think nothing will change except the numbers and I say thank you very much for voting for me,” he said.

Casting his ballot in Kiyovu, a wealthy suburb of the capita, Kigali, Kagame said it was not his duty to create an opposition and said his focus would be to continue nurturing growth in the land-locked country of 10-million people.

“We are already on a good footing and we want to attract more investment in the country and grow our trade with the region and beyond. I want to consolidate that and continue more growth,” he told reporters on Monday.

Despite being poor in resources, Rwanda is a rising star in Africa for donors and investors and Kagame has been feted as a visionary leader and African icon.

While most of Rwanda’s neighbours and donors are expected to be happy with a Kagame victory, some analysts said the most dominant figure in post-genocide Rwanda would likely have to repair his tainted image.

“Kagame and his Rwandan Patriotic Front party face the difficult challenge of trying to repair their image, which has been dented by claims of growing political repression in the run-up to today’s [Monday] poll,” said Gus Selassie, Africa analyst at IHS Global Insight, in a briefing note.

Voting was peaceful, with some stations registering 100% turnout well before polls were due to close, National Electoral Commission chairperson Chrisilogue Karangwa told Reuters.

In at least one incident, however, voters were ushered into polling stations hours before voting officially opened and instructed to vote for Kagame.

“The first picture on the ballot sheet was Kagame. We were told to take their thumbs and show them where to vote. I know personally because I oversaw 83 people,” said one man, identifying himself as a village chief and ruling party member. — Reuters