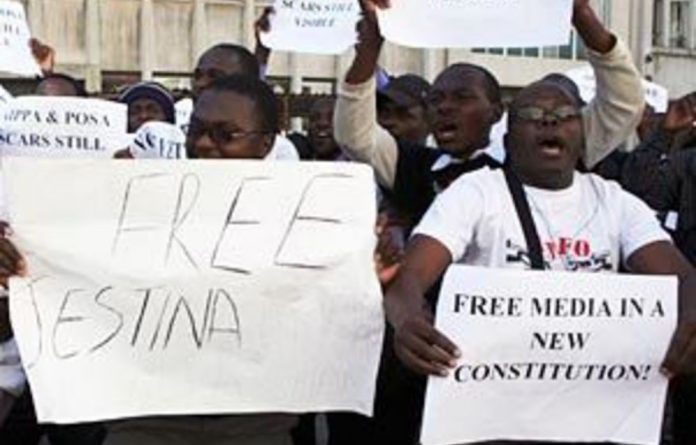 When the Wall Street Journal speaks, the global economic community listens. And that’s exactly where the pain of even muttering about a media tribunal could really hurt the ANC — and the country’s image as a pillar of democracy on the continent.

The newspaper reported earlier this week on the recent increased pressure on local media, including the proposed media tribunal and the Protection of Information Act, noting that “the party of former president Nelson Mandela — remain[s] resolute in finding new ways to police the press”.

It wasn’t alone. Bloomberg, the top global financial wire service, included in its article on media freedom concerns that the World Bank, in its July 29 report on the investment climate, said that “corruption is one of the biggest constraints on companies operating in South Africa” — a reference to the local media exposés of corruption in the country, which would be severely curtailed in the face of a media clampdown.

This week the monthly ANC media session was packed with foreign correspondents who wanted clarity on the media tribunal, which, up to now, is only vaguely outlined in an ANC discussion document.

The ANC maintains that, ultimately, it will be left to Parliament to decide on the specifics of a tribunal. Still, it was enough to make the South African Foreign Correspondents’ Association (FCA) baulk. In its statement this week it said: “Any attempt by the government to control, monitor or limit the ability of journalists to do their job threatens democracy.”

“This is damaging to South Africa’s image overseas,” Smith said. “At present they celebrate South Africa as the country with the most liberal and advanced Constitution, but this will be sadly tarnished. It will be playing into the world stereotypes of Africa, where government limits free speech when it doesn’t suit them any more.”

Another correspondent for one of the top international newspapers, who is based in Johannesburg, said if it was perceived that the ANC was using the tribunal to punish journalists for writing negative stories it would damage South Africa’s democratic credentials. “The ANC contends the tribunal will not be under state control but [that] the tribunal will answer to Parliament, where the ANC has a two-thirds majority. That would mean the watchdog is controlled by the political arm of government.”

But this week ANC leaders told reporters that the media had raised no significant arguments in the tribunal debate and there was a 70% chance of the tribunal setting up shop.

President Jacob Zuma spoke out in support of it this week, saying that people had a right to privacy. He told reporters in Port Elizabeth that the media should be brought in line with the Constitution.

“The media that says this [media tribunal] is a restriction on us, that [the press is] the watchdog of the people — they were never elected. They need to be governed themselves because at times they go overboard on the rights.”

Breaking ranks
Meanwhile, ANC heavyweight Tokyo Sexwale broke ranks and took a more sympathetic view, supporting media freedom and encouraging debate instead of hysteria. He assured business leaders at a leadership summit this week in Johannesburg that “there is no plot [by the ANC] against the media”.

The chief executive of the Media Development and Diversity Agency (MDDA), a statutory body charged with ensuring media development, has also come out in favour of the tribunal. Lumko Mtimde advocated in his personal capacity in the ANC Today that compromises such as amending the MDDA Act to get more money from media houses and the establishment of an MDDA board committee to hear complaints against print media should be considered.

The Black Management Forum (BMF) also came out in support of the tribunal. The group’s managing director, Gaba Tabane, said the BMF believed that a statement it released in May 2010 about the election of Business Unity South Africa (Busa) leaders was “intentionally miscommunicated”.

“It was turned into a spat between the BMF and Busa and caused rifts that we are still trying to heal,” Tabane said.

“This is an indication that the media in South Africa are not accountable to anyone and whatever thin monitoring systems exist [are] totally inadequate to safeguard the rights of these individuals and organisations as guaranteed in the Constitution of the republic.”