Zuma: ANC not trying to control the media 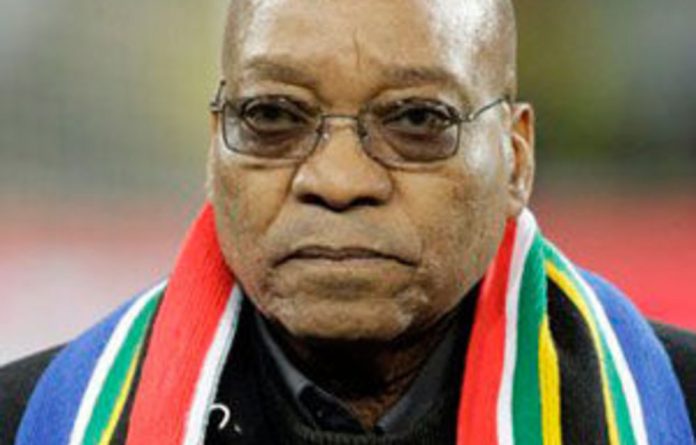 The African National Congress (ANC) is not trying to control the media through the proposed Media Appeals Tribunal (MAT), and reports of it doing so are misleading, President Jacob Zuma said on Saturday.

“This is not personal, it is aimed at advancing the freedoms that are enshrined in our Constitution,” he said in a statement.

Zuma said that the ANC as South Africa’s leader had to protect and defend the rights of its citizens.

“It [the tribunal] is aimed at ensuring that those who do not have money to go to lawyers can still obtain protection, as they do from the Broadcasting Complaints Commission of South Africa”, Zuma said.

He said the media had put itself on to a pedestal of being a guardian, and asked who was guarding the guardian.

“Can a guardian be a proper guardian when it does not reflect the society it claims to protect and represent?” he asked.

The debate had nothing to do with the experiences of certain individuals with the media.

Zuma said the ANC did not and would never pose a threat to media freedom.

He asked media to be introspective and open a constructive debate about their role in a post-apartheid South Africa.

Zuma said there was no diversity of ownership, content and staffing within newsrooms.

Business
He also said the media was a business that had the primary issue of making a profit, through commercially viable and profitable products.

As a result, many editors were under constant pressure from media owners in the competition to increase circulation figures in order to boost advertising.

“The debate about who pays for the news must also be opened … are editors under pressure to sell their papers at whatever cost, including at times relying on unchecked and unverified smears in order to boost sales?” he asked.

Zuma said the ANC would never do anything that undermined the spirit of the Constitution and which eroded the dignity and rights of other people, regardless of their standing in society.

He asked that the media allow the ANC and the public the right to freedom of expression.

“We will use our right to express what we think. And we should not be silenced by claims of threats to press freedom,” he said.

‘Media cannot be a player and a referee’
Meanwhile, an independent media tribunal was needed so that South African media could be held accountable for what it published, Deputy Police Minister Fikile Mbalula said in Durban on Saturday.

“The African National Congress is unambiguous about the media tribunal. The media cannot be a player and a referee,” he told the Kwazulu-Natal ANC Youth League provincial general council.

He said the media could not “abuse people and get away with it”.

Zuma on Wednesday expressed his support for the ANC’s tribunal call.

He said the media claimed to be watchdogs, but had not been elected and were not the only body which understood rights.

He has been backed by, among others, ANC Youth League leader Julius Malema, who has said the issue is not up for debate. — Sapa