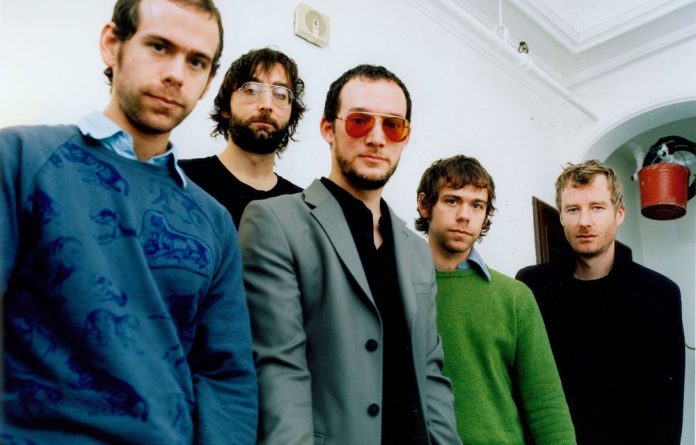 Unlike their peers such as Arcade Fire, Yeasayer and Bon Iver, the National didn’t spring to the top of the indie-rock pile on the back of a critically lauded debut album.

Their story is one of hard work — years spent slumming it around America in an old tour van with many albums and EPs released before they hit the big time.

The reception accorded their new album, High Violet (Just Music), seems to suggest that the band has outgrown the tag of indie-rock underdogs. As guitarist Bryce Dessner says from his Philadelphia hotel room: “I mean, when our album charted at number three, it was like, okay, the underdog tag is out the window.”

So, 10 years and five albums later, the National have finally and rightfully claimed their spot alongside indie-rock’s established stars and High Violet suggests the band is going to have no problem cranking out classic albums regardless of the weight of expectation associated with that.

Fans of the band’s 2007 album, Boxer, will find much to love on their new offering.

Singer Matt Berninger’s deep baritone is as impressive as ever, recalling, at times, both Leonard Cohen and Nick Cave.

His lyrics are once again full to the brim with everyday characters, the kind most bands tend not to write songs about, or, as Pitchfork’s Andrew Gaering so perfectly described it: “The characters in National songs have real jobs, have uninteresting sex, get drunk and lie to one another.”

The real change between Boxer and High Violet is a slightly more aggressive tone to the songs — where Boxer was a more elegant and orchestrated record, High Violet is littered with humming guitars or what the band describe as the “loose wool and hot tar” sound.

I would not describe the album’s production as dense, but it certainly feels like every little sonic moment has been incredibly thought out.

Dessner admits that the band spent months obsessing over the arrangements, to the point where the album highlight, Bloodbuzz Ohio, almost never made the album due to the band’s inability to find the best arrangement.

“Bloodbuzz Ohio was a hard one to finish. I think we all knew it had to make the album. We just battled to get the right form for it,” says Dessner.

Well they nailed it.

While most of the album is a more down-tempo affair, more so even than Boxer, Bloodbuzz Ohio opens with some thumping drums from Bryan Devendorf and then explodes into a piano-driven number that has a driving quality. It’s pure rock ‘n roll revelry and is easily one of the best songs of the year.

When I ask Dessner whether because of their higher profile the band felt any increased pressure when recording High Violet, he says: “There was a lot more attention. But it actually felt like there was less pressure than when we made Boxer. With this record people actually cared and they were just waiting to hear it.

“Alligator was the first record that reached an audience and, because Boxer was so different, there was some tension in the band about that,” he says. “Boxer was more subtle and elegant and Alligator is more ferocious.”

“Between those two records we really opened up a pretty big space for the band to work within,” says Dessner.

“The songs that really broke the band were songs like Mr November and Able, those big rock songs from Alligator, and at that time we were playing big venues in big cities, but we were still touring in a van and struggling financially to do that.

“Now touring and playing our songs can be done in a more comfortable way.”

Dessner says that the change in direction was driven in a large way by Berninger.

“Matt didn’t want to be the guy who people rock up to see scream his head off.

“He wanted to write different types of songs and it was amazing he stuck to his guns and he fought us every step of the way, but Boxer was well received.”

I ask him if it’s difficult having a five-piece band with two sets of brothers?

“It can be, but I think we wouldn’t haven been a band as long as we have without that.

“I mean, we deal with conflict like a family, so we can fight each other really intensely like brothers and then the next day we have a laugh about it.”

So what about President Barack Obama — what does Dessner make of his first term so far?

“I think he has been amazing,” he says.

“I think American politics is still very fucked up and is even more polarised than before, and the people that hate him really hate him.

“So the fact that he has managed to push through healthcare legislation is great,” says Dessner.

“In my ideal world he probably could have done more, but you know he probably wants to be a two-term president.

“It’s just great to have a president that you are actually rooting for. You know, someone you can believe in as a human being. It’s a great feeling.

“The song, Afraid of Everyone, is about that, I think, looking at both sides of the political spectrum. If you look at the far left and the far right, sometimes they actually resemble each other.”

I chuckle. Living in a country where until recently it seemed as if we had a stand-off between Julius Malema and Eugene Terre’Blanche, I know that feeling all too well.