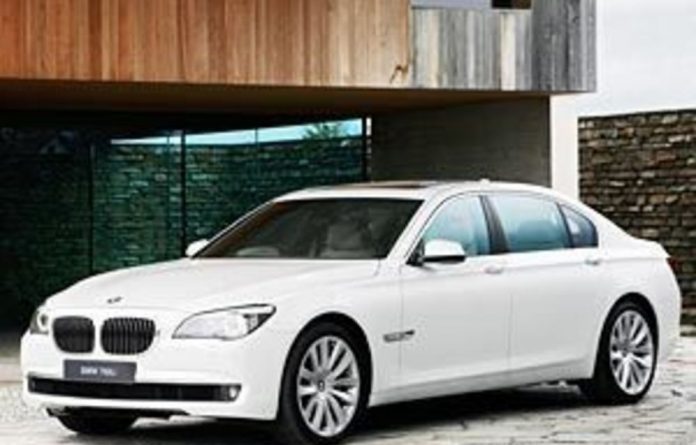 One of them is confused. It’s either Steve Smith or the BMW 760Li. Either he doesn’t understand this über sedan’s role in life, or the car has a serious identity crises.

I’ll present my case. After all, one of the few things the 760Li can’t do is write. It can talk — to me, to my wife — hell, to satellites — but I’m still one up with an ability to put pen to paper.

So here’s the thing — it’s a limo, right? As that shiny chrome “L” on its arse attests to, the 760Li is the long-wheelbase version of the Bavarian’s grosser saloon. Which means this BMW is 14cm longer in the trouser than its humbled 7-Series siblings.

And, as you’d expect from such a grandly named automobile, it does indeed have a sizey engine. In this case, it’s a brand-new 5 972cc V12 monster that, thanks to the addition of twin turbos, pushes out 400kW. That’s 20kW more than an Aston Martin V12 Vantage. It would be no surprise then, to learn that this engine offers 750 Nm of torque available at a mere 1 500 rpm. Which basically means that merely pressing the starter button will generate enough torque to pull a baobab out the ground.

Who said Germans don’t have a sense of humour.

Again, you’d nod knowingly at the list of luxuries and technological marvels that come with such a car:

Still no real surprises here. It’s got a big engine, it has enough interior goodies to impress most of Zuma’s Cabinet, and it costs almost as much as a kickback from a government tender. It fits the script: big car, big engine, big money. It’s how the world should be. All is good.

Turns out some jokester at BMW’s engineering department decided to make this 760Li handle like a sports car. Use the latter two of the four chassis settings (Comfort, Normal, Sport, and Sport+) and this BMW is a genuinely sharp driving tool. A quick word of warning though — only choose the Sport+ set up if you feel you can handle 400kW and 2,2 tons sans traction control. I lacked the gumption.

The best proof yet that aliens live among us
In Sport mode, though, one can attack corners with an entry speed that you’d normally think way beyond the abilities of such a heavy car. The air suspension system is a technological wonder — probably the best proof yet that aliens live among us. I’d love to see what the guy looks like who came up with this. The car’s athletic abilities are courtesy of a brain-frying blend of acronyms like DDC (Dynamic Damping Control that includes Dynamic Driving Control also called … erm — DDC), a Dynamic Drive anti-roll stability system, and an eight-speed auto gearbox that — especially in manual sequential mode — harnesses every one of those thundering horses.

Actually, given the 760Li’s almost total absence of engine noise, “thundering” is probably the wrong adjective. These horses are remarkably silent. Sitting inside the car with all its expensive noise-damping material, you can’t hear the engine. It’s a bit disconcerting to be honest. The accelerator feels more like an on/off switch to a space warp drive than anything to do with cylinders, petrol and a few sparks.

All this naturally points to one crucial question — and one that is that crux of my confused state mind mentioned up front. It’s a bloody limo. You don’t buy limos to drive them. You buy them to be driven in. And not just driven in any old way, but driven in a stately and grandiose fashion as befits your status.

So — why build a limo that handles like a sports car?

Because you can? Because when you have pots of money, you want it all?