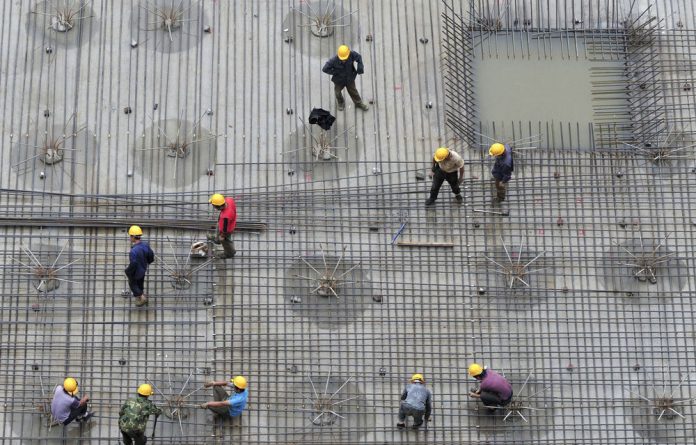 China overtook Japan as the world’s second-largest economy during the second quarter of this year, marking another milestone in the country’s transformation from impoverished communist state to economic superpower.

With its red-hot economy growing at about 9% a year, some experts expect China to outstrip the United States as soon as 2030, its financial strength carrying broad political implications.

Official data published on Tuesday showed a faltering Japanese economy growing by just 0.1% in the three months to June, with a GDP of $1,28-trillion eclipsed by China’s $1,33-trillion. It is not the first time China has outpaced Japan in a quarter, but most economists expect it to end the year firmly ahead.

China’s spectacular growth since Deng Xiaoping began free-market reforms three decades ago has seen it bounding up the world economic league. Ten years ago it was the sixth-largest economy, but it outstripped the United Kingdom and France in 2005 and Germany in 2007.

John Hawksworth, PricewaterhouseCoopers chief economist, described the figures as a symbolic shift. He said: “Clearly it was inevitable, just as it is pretty inevitable in the long run that it will be bigger than the US, because it has four times the population.”

The International Monetary Fund expects China’s GDP to reach $5,36-trillion this year, while the US is expected to hit $14,79-trillion. The UK projection is $2,22-trillion and Japan’s $5,27-trillion.

Nick Parsons, National Australia Bank’s research head, said the global financial crisis had underlined the shifting world power. “The Chinese economy has more than doubled in the past 10 years and will double again in the next 10. The financial crisis has cemented that change.”

China has continued growing through the recession, in part owing to a $586-billion stimulus package.

The figures reflect the continued decline of Japan, in second spot since 1968, when it overtook West Germany. But the “economic miracle” came to a juddering halt in the early 1990s when a property bubble burst. Today it faces deflation, an ageing and shrinking population and minimal growth.

China’s breakneck growth has not come without cost, causing huge social upheaval, including large-scale drift to its mushrooming cities.

Consultancy firm McKinsey believes China’s urban population will almost double by 2025, when it will have 221 cities with populations of more than a million, compared with 35 in Europe.

The growth figures mask huge income disparities among China’s 1,3-billion people. The UN estimates that 300-million have been lifted from poverty since the reforms began but, while luxury boutiques spring up in Shanghai and Beijing, hundreds of millions still live in severe hardship, particularly in rural areas.

Rapid advances in China have also led to environmental problems — in 2006 the country overtook the US as the largest emitter of greenhouse gases. This month Beijing ordered 2 000 highly polluting, unsafe or energy-inefficient plants to shut down within two months, underlining how the one-party regime can direct sudden change.

China’s growth has made it hungry for natural resources and energy, driving up commodity costs and raising the potential for conflict. It has been busy doing trade deals in Africa, Latin America and Asia, without the human rights and reform demands often attached by the West.

The US has already blocked the attempted takeover of an American oil firm by a Chinese state-controlled rival, while Australia has prevented the Chinese buying mineral firms.

There are worries that the global economy has become unbalanced, with huge trade deficits between China and the developed world. China is said to make 80% of the world’s toys and almost 60% of its clothing. Developed economies hope that China will become a market for their goods and services as its consumer market grows, but it accounts for just 2% of British exports.

Critics argue that China benefits unfairly because it keeps the yuan artificially low, helping its exporters.

Hawksworth said China’s growth would begin to slow progressively to between 3,5% and 4% in 20 years, because of an ageing population, due to its one-child policy, combined with increasing pressures on wages and a growing reliance on domestic demand as exports slow. He said China’s increasing political power was apparent in “a series of forums, from Copenhagen to the G20”. —