Hospital deaths under spotlight during strike 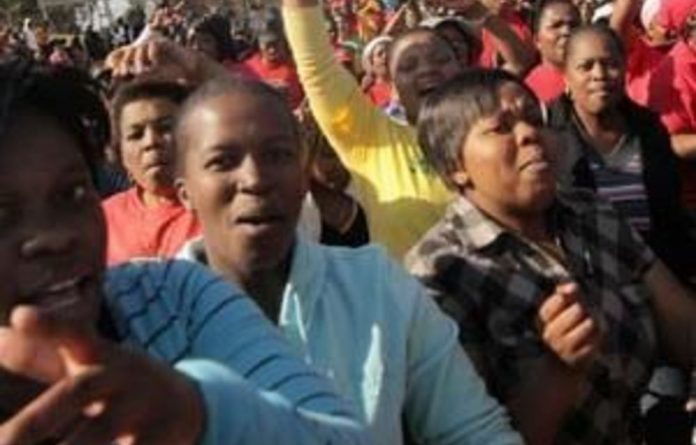 Several hospital deaths have been reported since a nationwide public service strike started last week, but the government was cautious about linking them directly to the mass action.

However, Dr George Mukhari hospitals executive head Trevor Fisher told Beeld on Monday that at least 10 deaths at the hospital “could be directly linked to the strike”.

“There are people who died — at least 10 — because of the strike. If there had not been a strike, we might not have lost them,” said Fisher.

Although the hospital in GaRankuwa, west of Pretoria, was receiving substantial help from volunteers, nursing services remained affected, he said.

Also on Monday, the Star reported the deaths of three state hospital patients moved to private hospitals because of staff shortages caused by the strike.

The Gauteng health department said last week that two babies had died at Natalspruit hospital. Department spokesperson Mandla Sidu said their deaths could not necessarily be linked to the strike, but added that the babies had not been properly fed.

“The babies were not fed for a long time,” said Sidu.

Another baby was stillborn at an Mpumalanga state hospital last week.

The Star reported that the mother had not received proper healthcare services after suffering from complications during labour.

‘They were singing while my baby was dying’
On Monday, the Sowetan quoted the mother, Busi Thwala (28), as saying her baby died because of negligence.

“They were busy singing while my baby was dying,” Thwala said.

In another report on Monday, a Talk Radio 702 caller said her brother had died at a state hospital in Johannesburg.

She said he had been recovering well after a stroke and was moved from the intensive care unit to a general ward.

She claimed that nurses ignored her last week when she pointed out that his condition seemed to be deteriorating, and he died later.

Beeld reported on Monday that a 68-year-old man was left to lie in his own urine for nine hours at the Charlotte Maxeke Johannesburg Academic hospital.

He was eventually moved to Sandton Medi-Clinic.

The Health and Other Services Personnel Trade Union of South Africa (Hospersa) said in statement at the weekend that it condemned “hooliganism” and that its essential services members only picketed during lunchtimes.

Public-sector unions started striking on Wednesday in demand of an 8,6% salary increase and a R1 000 monthly housing allowance after rejecting the government’s offer of a 7% increase and R700 allowance. — Sapa