Steyn not guaranteed a return to Bok team, says coach 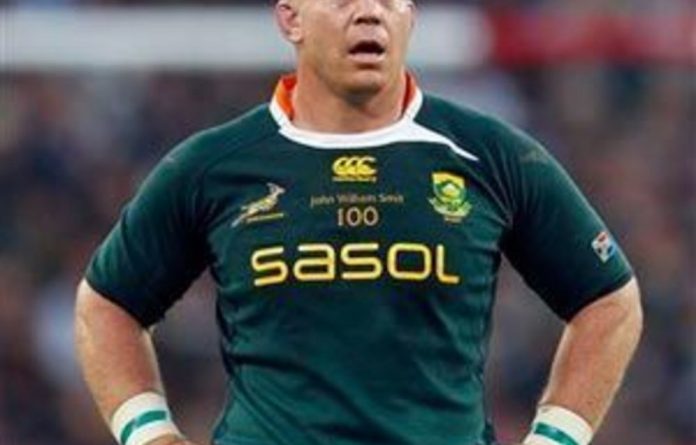 There is no guarantee of a place for fullback Francois Steyn in Saturday’s Tri-Nations Test against Australia, despite pressure to bring him back into the team after a disastrous run for the Springboks.

Coach Peter de Villiers said on Monday it was premature to say if Steyn would play, after he returned from his club in France to join a Springbok training session following South Africa’s dismal loss of the Tri-Nations crown to New Zealand.

The once-mighty Springboks lost all three matches in New Zealand and Australia before going down again to the All Blacks in Soweto on Saturday to concede their title.

Steyn, who plays for Racing Metro in France, was one of the heroes of last year’s successful campaign, but has played just once this year, in the season’s opening test against Wales.

The 23-year-old was embroiled in a club-versus-country row last week when he was not released to join the South Africans ahead of their 29-22 loss to the All Blacks on Saturday. Despite his club claiming he was injured, Steyn played for Racing Metro on Friday night before flying out to join the Springboks for their training session in Pretoria on Monday.

“The guy in his position [Gio Aplon] did not do badly on Saturday and if we just change for change’s sake, then it can be detrimental to the team. But if I am sentimental in anything I do, then I won’t make the best decisions for the team,” De Villiers said.

“I have to look at the make-up of the team and their mental capacity,” he added at a news conference.

Last week the coach questioned Steyn’s commitment to the Springboks.

He insisted that the basics were in place for the team to return to winning ways, despite their horror run, which was made worse by conceding two tries in the last two minutes to lose to the All Blacks on Saturday after being 22-17 up. — Reuters