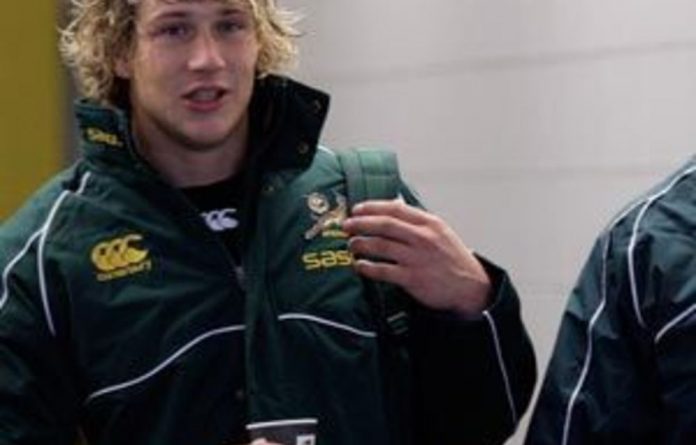 Struggling South Africa have made two backline changes for a Tri-Nations Test against Australia at Loftus Versfeld on Saturday.

France-based fullback Francois Steyn replaces Gio Aplon, who is dropped from the match 22 despite an impressive first international appearance in the No 15 jersey during a 29-22 home loss to New Zealand last weekend.

And Jaque Fourie returns at outside centre after a four-week suspension in place of Juan de Jongh, another good performer against the All Blacks who has the consolation of a place on the substitute bench.

Wynand Oliver makes way for De Jongh and in a surprise change among the forward replacements, No 8 Ryan Kankowski comes in for fetcher Francois Louw.

Steyn, from Paris club Racing Metro, last wore the green and gold two months ago in Cardiff, where his fitness came under fire from coach Peter de Villiers after a three-point triumph.

De Villiers subsequently questioned the loyalty of the 2007 World Cup winner to the team and his recall comes after intense media pressure as the Springboks continue the search for a first-choice fullback.

After Wales, Zane Kirchner from Super 14 champions the Bulls was elevated and made six appearances before an injury ruled him out of the All Blacks showdown at Soccer City.

Booming boot
The pro-Steyn media lobby believes the booming boot of the former Shark and ability to kick penalties from extraordinary distances make him indispensable and a “must” for the 2011 Rugby World Cup in New Zealand.

A major criticism of the Boks in four consecutive Tri-Nations losses this season has been the lack of a fetcher similar to long-term injury victim Heinrich Brüssow, who excelled in the championship last year.

Louw comes closest to filling the role and now he gives way to Kankowski, a number eight who did not impress in a 30-13 away defeat by the Wallabies in Brisbane.

With the All Blacks runaway winners of the southern hemisphere championship, the Pretoria Test is a battle for second place and Australia have four points from three matches and South Africa just one from four.

The Wallabies, who face the Boks again on September 4 in Bloemfontein, have struggled at the 1 000m-plus altitude of the Highveld, with their last Test triumph there 47 years ago.