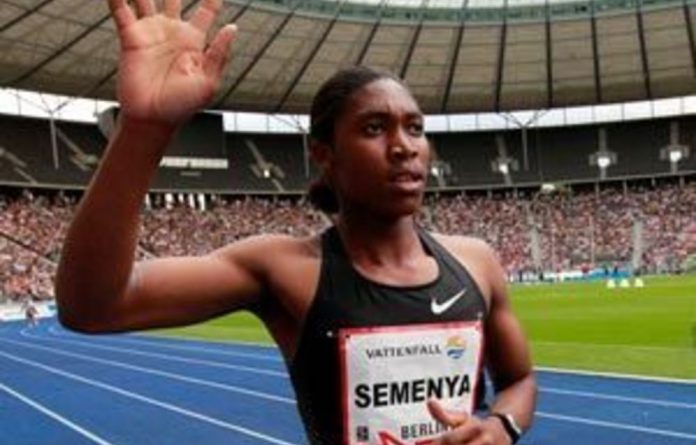 Semenya has made just three competitive appearances since being cleared to race by the International Association of Athletics Federations (IAAF) after a series of gender-verification tests.

The 19-year-old has won each of her comeback races, although her best time — one minute 59,90 seconds at a World Challenge event in Berlin on Sunday — was still short of her 1:55.45 at the world championships on the same track last year.

“I’m very happy to see the return of Caster Semenya to duty for South Africa,” said Gideon Sam, president of the South African Sports Confederation and Olympic Committee (Sascoc), at a news conference to announce to the squad.

“We have observed her progress closely since the IAAF cleared her to run, and it’s good to hear her say that she’s focusing all her efforts on the Commonwealth [Games].

“The fact she’s unbeaten in her three races thus far and has improved her time on each occasion is good news for our medal effort in New Delhi.”

The Commonwealth Games take place in New Delhi between October 3 and 14. — Reuters

Wanted: A single hymn sheet from which Athletics South Africa and its athletes can sing to improve their medal haul at the upcoming Olympics in Tokyo
Read more
National