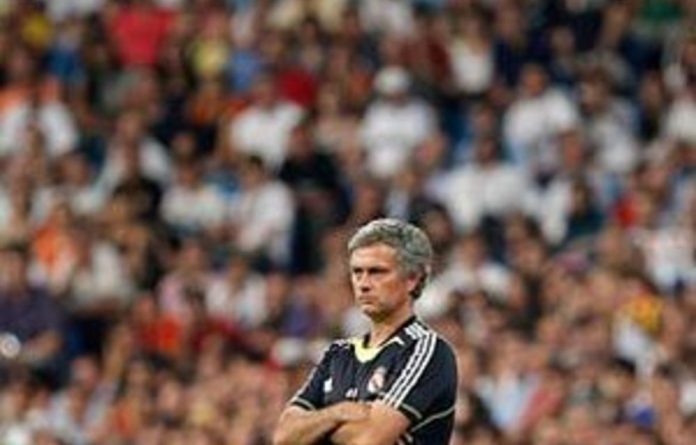 A season after breaking the bank on a squad of “galactico” players that failed to deliver a single title, Real Madrid are banking on coach Jose Mourinho to turn an underachieving squad of stars into champions.

Madrid president Florentino Perez wasted little time in securing the Portuguese coach’s services after he led Inter Milan to the Champions League trophy at Madrid’s own Santiago Bernabeu Stadium in May.

Now, the self-proclaimed “Special One” faces his biggest challenge yet as he looks to turn around the fortunes of football’s biggest club.

“Real Madrid is a unique team in how it generates such enormous expectations; it’s been the best club of the 20th century,” Mourinho said. “I’ve had little time here so far but I’m already aware of what this team is and I want to go down in the history of Real Madrid.”

Counting on players like Cristiano Ronaldo, Kaka, Xabi Alonso, Sergio Ramos and Iker Casillas means the pressure is high — especially after another early exit from Europe last season and the humiliating Copa del Rey exit when they lost 4-0 to third-tier Alcorcon.

Madrid set a club record for points last season, but two defeats by Barcelona proved the difference as their biggest rivals won the league for a second straight season.

With the exits of Raul Gonzalez and Jose Maria “Guti” Gutierrez, Mourinho is set to spearhead a new age at Madrid, led by Ronaldo.

“Cristiano is very happy,” Mourinho said. “He’ll have a magnificent season under me.”

The arrivals of teenager Sergio Canales from Racing Santander and Germany playmaker Mesut Oezil from Werder Bremen are shaping up to be the most important, with Kaka out until December following knee surgery.

“[Oezil] is a creative player who is more offensive than [Fernando] Gago or Lassana [Diarra]. He’s got similar qualities to Canales,” Mourinho said. “[Canales] is a player I like a lot. If he doesn’t change, he’ll get a lot of minutes in this team.”

While Ronaldo and striker Gonzalo Higuain guarantee goals, Mourinho’s biggest task might be in getting the best out of Karim Benzema, who has largely been a disappointment since a €35-million move from Lyon last summer.

Quick believers
Carvalho will also be pressed into action immediately as Madrid are without injured centrebacks Pepe, Raul Albiol and Ezequiel Garay for their August 29 opener against Mallorca.

Madrid’s players have become quick believers in Mourinho, with Oezil saying his decision to move to the Spanish capital was all down to playing under Mourinho.

Goalkeeper Casillas said of his new coach: “He’s got a lot of hope and desire to do things well. He’s got a young group keen to achieve things. We have no reason to envy Barcelona.”

Mourinho himself is keen on making history.

“I want to be the only one to have won the three most important leagues in the world: Spain, Italy and England,” Mourinho said.

Barcelona will be Mourinho’s biggest worry as they field eight players from Spain’s World Cup-winning team.

But Mourinho is already familiar with Barcelona — where he previously worked as an assistant coach — from his infamous clashes while coach at Chelsea and Inter, who eliminated the defending European champions in last season’s semifinals.

Mourinho is ready for the challenge — it may just be a question of whether Madrid is ready for him. — Sapa-AP