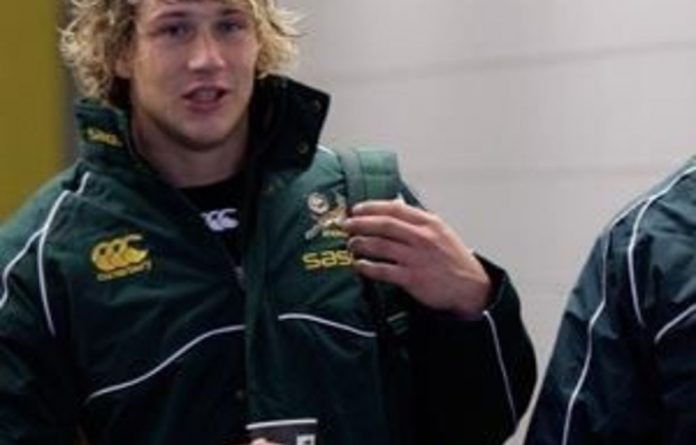 Australia flanker David Pocock expects South Africa to be boosted by the return of fullback Francois Steyn in Saturday’s Tri-Nations match in Pretoria.

Steyn, who plays for Racing Metro in France, was named in place of Gio Aplon in the side to face the Australians, and was one of two changes made by the Springboks as they look to claim their first victory of the tournament.

Racing coach Pierre Berbizier has suggested Steyn is not yet ready for high-pressure Test rugby, but Pocock is wary of the 2007 World Cup-winner’s pedigree.

“Steyn is solid, big, reliable and a good kicker,” Pocock said. “Regardless of his [club] form in France, when he pulls on the Springbok jersey he’ll be ready and he’ll do his best.”

Aplon played well in South Africa’s 29-22 defeat to New Zealand in Johannesburg last weekend but lost his place to the more experienced Steyn. Centre Juan de Jongh was the other player dropped, with Jaque Fourie coming into midfield.

Pocock said his team was expecting a fired-up display from the Boks, who could climb above Australia in the table with a win on Saturday. The ruck area, in particular, will be an area that could decide the match.

“I thought the breakdown was very well contested by both sides on Saturday, and that is something we are going to have to work on,” Pocock said. — Sapa-AP