My tribunal is your tribunal 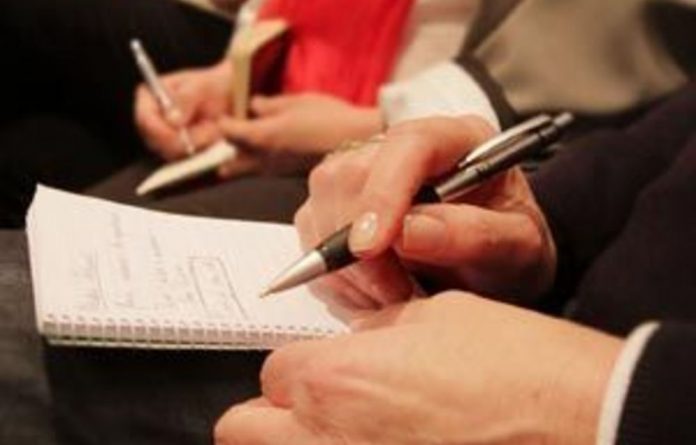 There’s nothing new about the idea of media tribunals and censorship of the news.

In fact the poet John Milton warned about the dangers of media restrictions way back in 17th century England, describing how “debtors and delinquents may walk abroad without a keeper, but inoffensive books must not stir forth without a visible jailer in their title”. Back then all news had to be approved by the government of the day, and it looks like we may be coming full circle.

The African National Congress is sticking to their guns with their proposed media appeals tribunal (MAT), despite howls of protests from said media as well as civil society. Their case hasn’t been marked by much research though. In fact, they’ve been remarkably reticent about any precedent. Funny that. Gather around, readers, for a brief history lesson in media freedom.

You’ll remember Senator Joseph McCarthy as the one who made America scared of those nasty Communists and subjected citizens and celebrities to a series of trials in an attempt to weasel out anyone who was slightly too fond of the colour red. He was so scary that the media, although not legally required to do so, practiced extreme self-censorship, and did not criticise McCarthy in an attempt to avoid accusations of trying to bring down the government.

Thankfully a radio presenter called Edward Murrow, who famously ended his broadcasts with “goodnight, and good luck”, came along and said: “We must not confuse dissent with disloyalty … We are not descended from men who feared to write, to speak, to associate, and to defend causes that were, for the moment, unpopular.” At which point everyone realised just how unpopular Mccarthy was, and he didn’t last long after that.

The Nazis were snappy dressers, and certainly knew how to use a turn of phrase to impress the masses. The rather sweetly named Ministry of Enlightenment and Propaganda, headed by Joseph Goebbels, acted as a central control-point for all media, issuing orders as to what stories could be run and what stories would be suppressed.

Even films had to toe the party line. Hitler had planned this for a while, writing in Mein Kampf that government “must present only that aspect of the truth which is favourable to its own side”. Journalists who crossed the Propaganda Ministry were routinely imprisoned or shot as traitors. Now that’s the way to do it like you mean it.

The Glorious Leader of the Democratic People’s Republic of Korea is another one who really knows how to make the press work for him. The Korean Central News Agency, the main news provider, reports on President Kim Jong-il’s every elegant, brilliant and philanthropic move in an attempt to make everyone a big fan of Kim. Any criticism is not published, whether it is written from abroad or, rather dangerously, from within the country’s borders. But wait! The Constitution says it protects media freedom! So that’s all OK then.

Now here’s a country that everyone can learn from. Eritrea ranks stone last in the press freedom index — an international barometer of media freedom. The People’s Front for Democracy and Justice, the party that runs the country, is not partial to any pesky journalist that questions the accuracy of their name, which easily could happen seeing that every election ever planned has been cancelled. Not that there are that many people that will admit to being journalists. Since 2001 there has been no independent media, and any criticism of the government can lead to detention without trial.

For our friends in the north, dealing with disobedient media types is old hat. They got good practice during Ian Smith’s time in office, where the Official Secrets Act made it illegal to report on anything deemed “classified”, and the media was used to cover up the true number of casualties during the struggle for independence.

When Mugabe came to power in 1980, things seemed to get a bit easier for the press, but only if they toed the party line. Independent media was allowed, in theory, but from about 1999 intimidation and fear led to extreme self-censorship, and many news agencies decided to report from the safety of other countries. Things are slowly, very slowly, starting to open up since Tsvangirai vowed to free up the press.

Nothing like learning from your own mistakes, is there? Ahem. One of the reasons South Africa has such a strong history of “alternative” press is the fact that, under the National Party, it was the only way to get the real stories out to the people that would not be hoodwinked by the “official” stories spun in the mainstream press.

Some journalists chose to go overseas to tell their stories freely, like Donald Woods who went to the United Kingdom to expose the fact that Steve Biko did not, in fact, slip on a piece of soap. All the control was so that the apartheid government could protect “the national interest”, whatever that meant, and cover up information that was damaging to parties and individuals. Now where have we heard that subsequently?

Watch videos and follow the latest news on the proposed media tribunal as well as the Protection of Information bill on our media under fire special report.