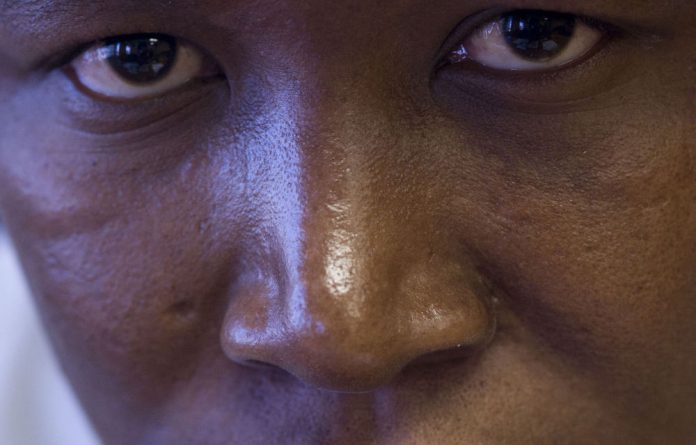 In an interview with Mmanaledi Mataboge and Matuma Letsoalo at the start of the ANC Youth League’s national general council meeting, league president Julius Malema declines to endorse a second term for President Jacob Zuma, attacks leaders who enrich themselves and talks about expropriation

What key matters will the league take to the ANC NGC?
We’ll deal with the issue of the media tribunal, the nationalisation of mines and organisational renewal as we march into the centenary of the ANC. One critical issue is that of the generational mix. We also want the ANC national council to concentrate on economic transformation and the ANC to declare that we are now in an economic struggle. We have attained political power, therefore it’s important to position ourselves to concentrate on the economic struggle. That’s what we think will start to have a positive and practical impact on the lives of ordinary blacks, and Africans in particular.

Some leaders of the ANC and the alliance oppose nationalisation. Will you win the debate?
The ANC leadership is discussing the (Polokwane) resolution on a state-owned mining company. By agreeing to it, it means you agree to some of the models proposed by the nationalisation document of the ANC Youth League.

Should existing mining companies be nationalised?
They can continue as private companies, but, moving forward, they will have to be in partnership with the state. Nothing stops us from legislating that if you want to mine in South Africa, the state will get 60% and you will get 40%.

Where does the league’s idea of pushing for a generational mix in the ANC leadership come from?
This issue is in the document of the ANC NGC on organisational and leadership renewal. It’s not meant for 2012; it doesn’t say Zuma or anybody must be removed. It says we need a reflection of (different) generations in the composition of the ANC leadership. The older people don’t know what the current issues are or how to deal with them. Once older people decide to continue with the old way of doing things, they’re going to become irrelevant. It’s a call to the ANC to “adapt or die as you turn 100”. It’s not about individuals, it’s about establishing principles. The world has come to accept younger leaders.

Is this not a strategy to remove certain senior leaders?
Factionalists are always obsessed with what others are saying and relate everything to themselves. Knowing that they emerged through factionalism and divisions, they are always paranoid. They lack confidence because they know that in normal circumstances, in which factionalism did not exist, they wouldn’t have emerged as leaders.

There are young people in the ANC national executive committee. What percentage would satisfy you?
I don’t believe in quotas. I believe in political leadership that has political will, commitment and prioritises the interests of the people, not their own interests and those of their families.

Why do you think Fikile Mbalula is the right candidate for the position of secretary general?
Mbalula is on the national executive committee; he is the head of campaigns in the ANC and a deputy minister. That puts him in a position to occupy any position that the movement wants him to occupy. Mbalula is an old comrade, but young in terms of age. He has demonstrated capacity in terms of leadership. When he led the revolution in Polokwane, nobody reminded him of his age. Today they want to tell Mbalula about age — that’s disingenuous, that’s having the mind of a rat.

Why does the league accuse SACP general secretary Blade Nzimande of interfering in its affairs and call him a “dog owner”?
Blade has been leading a faction to destabilise youth league structures nationally and at all provincial conferences. He’s been defeated. That’s why suddenly and unprovoked, he insults the youth league on Umsebenzi Online. The ANC has made a decision on public spats, [yet] Blade insults us. Nobody says anything in the ANC and they expect us to keep quiet. If a decision is made on public spats, let it begin where the spats start, unless it is made to silence the youth league and open the floodgates for others to insult us. We are not the stepchildren of this revolution. We are the children of the revolution. We must enjoy equal rights.

What did you mean by saying that the league doesn’t want leaders who tell the queen (of England) that economic policies will not change?
When the youth league was formed, it was opposed to forms of struggle such as writing petitions or sending delegations to the queen. Now that you are given power by the people of South Africa, you still go to the queen and behave like you don’t have power from the people. When you say that there will be no change in South Africa’s economic pattern, you are saying that it will remain the same as during the colonial regime. What is this thing you call the “willing seller, willing buyer policy”? It shows a lack of political will to transfer land into the people’s hands. How do you explain to the people of South Africa and the world that 16 years down the line, 80% of the population controls less than 5% of the economy? Willing seller, willing buyer is not working, BEE is not working. We must say: in 10 years’ time we will have transferred a certain percentage to the majority of the population. It’s a simple policy.

We’re going to take the land, but we’ll compensate and we’ll determine the price. We go to [Eugene] Terre’Blanche’s farm and say: for these many hectares we will give you R2-million, thank you very much. If you say that’s too little and you don’t want it, then we take the land and give you nothing. It’s called expropriation with compensation determined by the state.

Many Ugandans find Stella Nyanzi’s mode of protest, including vulgar insults and stripping to make a point, unsettling. But her challenge to the country’s patriarchy could bring much-needed reform
Read more
Advertising
Continue to the category
Africa