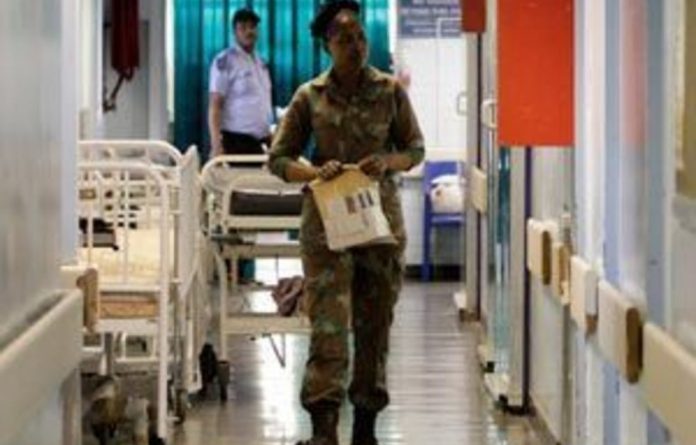 Government’s failure to provide contingency plans that would allow chronically ill patients with diseases such as TB to continue their treatment during the strike could have “disastrous individual consequences”, says Francois Venter, president of the South African HIV Clinicians Society.

Some people with chronic but not critical diseases, such as diabetes, HIV and TB, are at risk during the strike because the clinics or hospital pharmacies that refill their prescriptions are closed, Venter told the Mail & Guardian.

The silent exodus of chronically ill patients from hospitals could have far-reaching implications, said Venter, who runs an HIV clinic at Charlotte Maxeke Hospital in Johannesburg.

Of particular concern are people with severe TB or very low CD4 counts, who need to begin antiretroviral (ARV) therapy immediately. “If these patients get turned away, if there’s a delay of even a few days, they could die,” he said.

Pregnant women who need ARVs to prevent mother-to-child transmission of HIV are also at risk. “If a mother runs out of [these drugs], or does not have access to them, her child could get HIV,” said Venter.

Diabetes specialist professor Barry Joffe said diabetics without access to insulin could soon become sick. “If a person with type-one diabetes does not have insulin, within a day or two he or she could become very ill.

“The patients could go into a diabetic coma. If that’s not treated, they could die,” he said, adding that there are several thousand patients with type-one diabetes in the country.

“About 30% to 40% of pharmacists have been on strike, but it varies day to day depending on intimidation levels,” he said.

KwaZulu-Natal health department spokesperson Chris Maxon said pharmacists in the province who have been working in administrative or managerial roles are now assisting with dispensing. The provincial department will extend patients’ prescriptions by two weeks to see them through the strike and to prevent a backlog afterwards.

Mpho Gabashane, a spokesperson for the Mpumalanga health department, said it is difficult to refer patients seeking emergency care or refills of prescriptions drugs from one clinic to another because of the rural nature of the province. A strike support line has been set up to help people access services.

Situation exacerbated
Meanwhile, the South African Medical Association (Sama) said it has received reports that some hospital managers have tried to get medical interns to fill in at pharmacies. Sama vice-chairperson Mark Sonderup said this was unacceptable. “Doctors will maintain their core professional responsibilities, but responsibilities outside of that are for management, the department of health and the government to sort out,” he said.

The organisation has issued notices to its staff, warning them not to perform duties outside their core functions. Sonderup said performing porter duties, for example, made doctors targets for violence and intimidation.

More staff reported to work this week than last, said national health department spokesperson Fidel Hadebe, but it was difficult to get a clear picture of how badly health services have been affected. “The situation is exacerbated by those people intent on causing havoc,” he said.

“They move from stable, secure hospitals to others with less security. When we close down one site, they move to another,” he said.

Gauteng has been the worst-affected province, with major disturbances at the large academic hospitals such as Chris Hani Baragwanath and Helen Joseph. The Western Cape and Northern Cape have been less badly affected.

Only two hospitals have been closed — the 95-bed Amajuba Hospital and the 30-bed Elsie Ballot Hospital, both in Mpumalanga. Patients there have been discharged or referred to nearby state hospitals.

Since the strike started more than 400 critically ill patients from state hospitals have been transferred to and treated at Netcare clinics, according to chief executive Richard Friedland. Of these, 124 are premature and vulnerable babies and 150 are dialysis patients.

The clinics are also filling out short-term prescriptions for HIV-positive patients who have been unable to get their ARVs at state hospitals. “We’re not charging for this. We’re not selling our services,” Friedland told the M&G.

Hadebe said arrangements for transferring patients to the private sector have been worked out at provincial level.

He warned that it was “not just a question of patients going to the private hospital down the road”. Rather, patients should report to state hospitals, where a clinical decision would be made about whether the person could be treated at a state facility.

“It must be managed because at some point a payment has to be made,” Hadebe said.