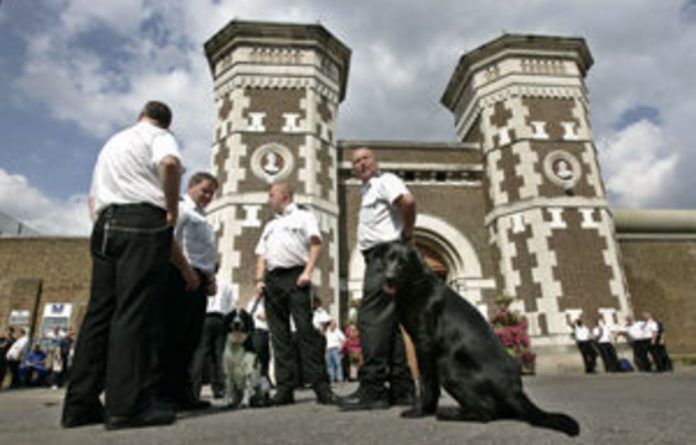 On a balmy Wednesday evening in a former chapel in King’s Cross, London, a group of graduates is tutoring high-school pupils. As members of Bright Young Things (BYT), a tuition agency that specialises in brainy, mainly Oxbridge, graduates, they command up to £70 an hour. Their regular work includes helping children to win scholarships to Britain’s leading private schools and earlier this year the agency hosted a revision course in Meribel, France, so students could do exam revision “without it interfering with the ski season”.

But at the weekly King’s Cross sessions, no money changes hands. Nor are the students wannabe Etonians. Many are decades older than their tutors and all have spent time in jail.

The sessions, run by BYT and Only Connect, a charity dedicated to the rehabilitation of prisoners and ex-offenders, have been running only for three months. But, according to Mike Willis (45), an ex-convict, they are a crucial route towards employment. His involvement in gangs led to eight stints in prison, including a 10-year sentence.

“After the last time in prison, I’d had enough of it. I wanted to do something different,” he says. “So I signed up to these education sessions on Wednesday evenings. Now they are the number one priority in my life. Before, I didn’t really have any skills but now I study computers and I’m learning something different each week.

“So far I’ve set up my own email and learned how to send attachments. I’m loving it. I think it will help me to get a qualification and a job. I’ve stayed out of prison nearly a year now.”

Prison statistics show that half of men in Britain’s jails and up to 70% of women have no qualifications at all, and two-thirds of prisoners have literacy levels below that expected of 11-year-olds.

“Until now, BYT staff were more accustomed to Deauville [the luxurious French beach resort] than Pentonville [the 168-year-old London prison]. But we’re looking to give ex-offenders the chance to break the vicious circle of crime and prison through highly individualised education,” says Woody Webster, director of BYT.

Ralph Egwu (27) is working with Edinburgh University alumnus Amy Burridge towards an A-level (the British school-leaving exam) qualification in government and politics. This is his first experience of formal education.

“I grew up in Rwanda and then Nigeria. My parents died when I was very young and when I came to England, aged 14, I had to find work, not an education.”

Egwu spent three months in prison for assault. “Before the first tutoring session, I was worried — people judge you before they get to know you. But when I arrived, I realised it wasn’t about what I’d done but what I wanted to do.”

The tutors are also benefiting. Henry Mostyn (23) was at Eton before studying maths at Pembroke College, Oxford. Now training to be a barrister, he does BYT tutor work to earn extra money. The prison initiative appealed to him because, he says, “I’d always wanted to do some sort of work in a prison — probably because I can empathise, having been to boarding school.”

The first session was his first contact with an ex-offender. “I was a bit worried about the etiquette of whether you should ask what their offence was,” Mostyn admits. That concern was compounded on his first tutoring visit to the Only Connect centre in King’s Cross, when he encountered “a table with a pile of £50 notes, a huge bag of cannabis and wraps of other drugs”. This was, he says, “a little worrying, but it later emerged that these were only props for a play the ex-cons were putting on”.

Mostyn says he gets on well with his students: “I was surprised how incredibly charming they were — the disparity between the awkward Oxbridge tutors and the confident, charismatic ex-inmates was startling.”

Sarah Parkes, who went to Sherborne Girls school before graduating with a first in history from Bristol University and then completing a law conversion course, says the tuition made her more aware of the benefits of her own education.

“I realised how much I take basic skills such as IT and note-taking for granted,” says Parkes (23). “It’s easy to see how someone would fall behind in school if unable to do so. It is in society’s interests to reduce reoffending rates by giving prisoners alternatives to crime when they are released.” — Guardian News & Media 2010

Some names have been changed