Logging on with the serious players 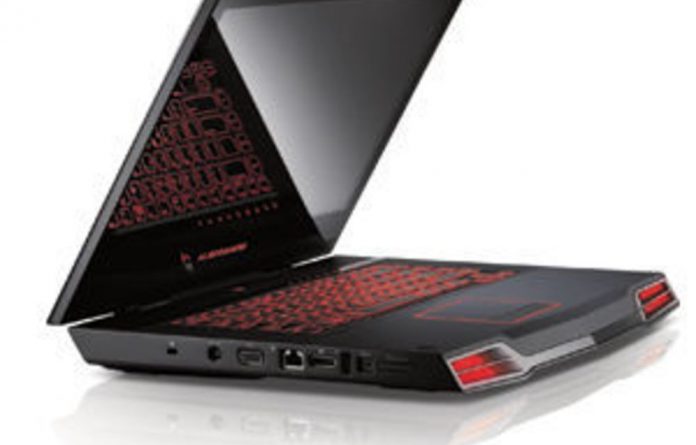 The words “gaming” and “notebook” are generally not used in the same sentence. And for good reason, too —

Every hard-core first-person shooter, simulation or role-playing gamer knows there’s a limited number of ways to get crazy frame rates and insane detail levels out of today’s modern games — and generally it entails spending a fortune on a desktop computer with multiple graphics cards, a processor you could perform scientific experiments with and a water-cooling system to keep it all from bursting into flames.

Alienware is a never-say-never company in the United States that believes otherwise and for few years now has been making the kind of desktops and notebooks that get drooled on. Slick chassis designs make Alienware’s desktops look like something from another planet and their nocompromise- on-quality rule when it comes to choosing components means their gaming machines not only perform ridiculously well, but are reliable too.

Alienware’s notebooks have an entirely different appeal, however. Although they feature the same futuristic designs and top-end components that make them attractive, fast and reliable, the question that always gets asked is: How did they cram all of that power into a notebook and not break at least 100 laws of physics?

It’s no surprise then that our office sounded a little like a nursery-school sandpit when Alienware’s M15X arrived for review. From a specifications perspective, there’s nothing that comes close. Our M15X was supplied with an Intel Core i7 processor running at 1.6Ghz, backed up with 4GB of 1333MHz DDR3 memory and an nVidia GeForce GTX 260M graphics card with 1GB of video memory. That’s enough to place it in the top 95% of computers in the world when it comes to performance.

Users can max things out and choose a Core i7 running 2.66GHz, 8GB of DDR3 memory and an ATI Radeon Mobility HD5850 graphics card with 1GB of GDDR5 memory, which will take them into the top 99% realm. If money is truly not an issue, there’s also an option to add a 256GB solid-state hard disk and TV-tuner into the mix. The performance delivered by these notebooks is nothing short of silly — we couldn’t find a game to throw at this machine that had it stumbling and, in Windows 7’s experience index, every component outside of the hard disk scores well above 6.8 (out of 7.9).

Fully loaded with the fastest processor, more memory and fastest graphic card, the M15X would score full marks on the Windows 7 index. But, it’s not just about pure performance. When it comes to aesthetics, from the moment you slip it out of its velvety carry bag, you know you’re not dealing with an everyday notebook. It’s like comparing an expensive Italian sports car with a cheap Korean jobbie.

The M15X is housed in a metal chassis that’s finished off in a deep red, black or silver paint job, it has a seamless 15-inch screen and all of the parts’ edges fit ridiculously well together. Turn it on and it comes alive with light shining from the front left and right edges of the machine, the keyboard, trackpad and touch-sensitive controls.

By default, these glow red, but you have the choice to change them individually to almost any colour imaginable and configure each area to perform a lighting eff ect, like having one colour morph into another or pulsing between one colour and another. All of this takes place through Alienware’s Command Centre, which also allows for the adjustment of power settings, environmental variables and configure security levels.

With regard to the last of these, users can log into their M15X by doing nothing more than looking into the webcam. And depending on how paranoid they are, they can even configure the computer to log them out automatically if their face isn’t detected by the webcam.

Not the lightest but definitely the most impressive notebook I’ve laid eyes on, the M15x will only see the light of day in South Africa in early October during Rage, the country’s annual gaming expo. And it will no doubt make a number of the gaming elite very envious.