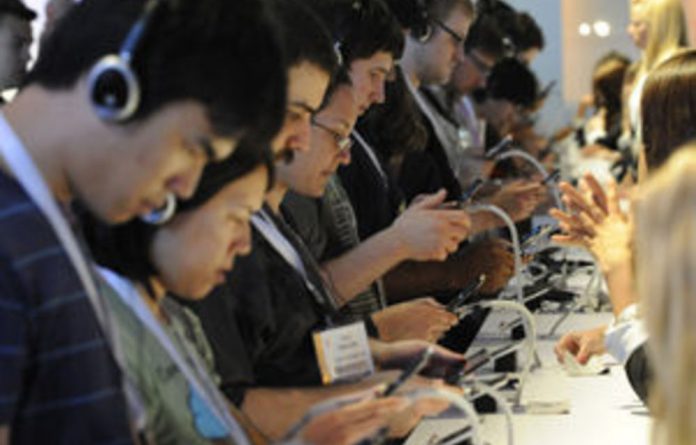 Headlines in the British media recently focused on a report that stated that Britons spend more than seven hours a day watching TV, going online, sending texts and reading newspapers, and that web-capable smartphones are now a fixed part of millions of people’s lives.

All this hardly seemed revelatory — but at the lower end of the age range lurked evidence of the world to come. Among 16-to-24-year-olds, TV’s dominance is waning: half their “media time” was devoted to mobile phones and computers — and, in turn, two-thirds of that time was spent doing two digital things at once.

It often feels as though all this frantic activity creates a constant state of twitchy anxiety, as any addiction usually does. Moreover, having read a freshly published and hotly controversial book about the effect of digital media on the human mind, I may have very good reason to feel scared. Its thesis is simple enough: not only that the modern world’s relentless informational overload is killing our capacity for reflection, contemplation and patience — but also that our online habits are also altering the very structure of our brains.

The Shallows is a 250-page book by American writer Nicholas Carr, just published in the United States and already the focus of a noisy debate. Two years ago, Carr wrote an essay for the Atlantic magazine entitled “Is Google making us stupid?” This is the full-length version: an elegantly written cry of anguish about what one admirer calls “the uneducating of Homo sapiens”, and about a rewiring of neural pathways and networks that may yet deprive the human race of the talents that — ironically enough — drove our journey from caves to PC terminals.

In the book, Carr looks back on such human inventions as the map, the clock and the typewriter, and how much they influenced our essential modes of thought (among the people whose writing was changed by such inventions were Friedrich Nietszche and TS Eliot). By the same token, he argues that the internet’s “cacophony of stimuli” and “crazy quilt” of information have given rise to “cursory reading, hurried and distracted thinking, and superficial learning” — in contrast to the age of the book, when intelligent humans were encouraged to be contemplative and imaginative.

Carr also claims that our burgeoning understanding of how experience rewires our brain’s circuits throughout our lives — a matter of what’s known as “neuroplasticity” — seems to point in one very worrying direction.

But Professor Andrew Burn of the University of London’s Institute of Education, who has long specialised in the way that children and young people use what far too many people still call “new media”, and its effects on their minds, disagrees. Equating the internet with distraction and shallowness, he tells me, is a fundamental mistake, possibly bound up with Carr’s age (he is 50).

Carr’s contrast between the allegedly snowballing stupidity of the internet age with the more cerebral phase of human progress when we all read books fails to impress Burn: “What if the book is Mein Kampf? What if it’s Jeffrey Archer? Or Barbara Cartland? Am I not better off playing a well-constructed online game, or reading Aristotle’s poetics online? I really don’t see why books should particularly promote worthwhile thought, unless they’re worthwhile books. And the same applies to what’s on the internet.”

This all sounds both comforting and convincing, until I return to The Shallows, and a particularly sobering sentence on page 222: “We are welcoming the frenziedness into our souls,” he writes. There’s something chilling about those words. — Guardian News & Media 2010