The slow death of the intellect 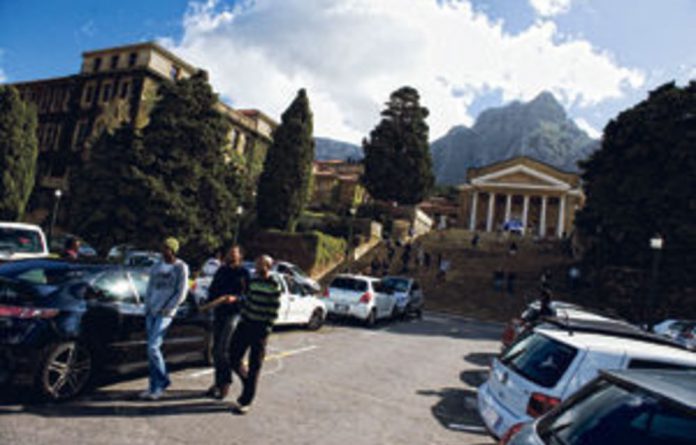 All but one of South Africa’s universities lack strong intellectual cultures on their campuses. True, there are sporadic bursts of what could be called intellectual activities or events, such as a memorial lecture here or a seminar there, but there is not a sustained, tangible and visible intellectual culture that characterises campus life.

By intellectual culture I do not simply mean some high-brow exercise in abstraction (though there is place for the abstract, the theoretical and the imaginary) detached from the pressing social and institutional problems that confront scholars and practitioners on campuses. I mean critical activities (film, drama, seminars, special lectures, open debates, musical performance, architectural display, critical dialogues, scholarly book launches, thoughtful protests — more about this later — and speakers) that together act to encourage, excite and evoke thoughtful discussion and deliberation.

An intellectual culture in this sense is a felt experience, not localised events in isolated parts of that campus. It is not busyness but quality activities that breed curiosity, creativity and dissent.

How did we get into this rut? The question presumes that at one stage such intellectual cultures existed on South African campuses. Not too long ago some of the most exciting debates and discussions were fuelled by the drama of the anti-apartheid struggle. A stirring lunchtime lecture on black theology by Allan Boesak at a cafeteria table at the University of the Western Cape or Jakes Gerwel’s inaugural rector’s address on “The three ideological orientations of South African campuses” would generate months of subsequent seminars and debates way beyond what the latter provocatively called “the home of the left”.

The stirring addresses by Onkgoposte Tiro or Gessler Nkondo on the campus of the University of the North (now Limpopo) during that magical moment of Black Consciousness are legendary. But, with the anti-apartheid motif gone, there is no longer a higher appeal to organise, mobilise and cement intellectual cultures on campuses anywhere.

Fascinating debates
To date, the University of Cape Town, on its Rondebosch campus, is the only university that could be said to have an intellectual culture. Whether it was the fascinating debates on a core curriculum during the time of Mahmood Mamdani on that campus, the bitter debates on affirmative action led by David Benatar, a professor of law, or the more recent public standoff between Max Price, the principal, and Neville Alexander, a professor, on race-based admissions policies at that institution, it is a place boiling with intellectual foment as Nobel laureates and troublesome intellectuals criss-cross that campus regularly.

What is very interesting — and this will offend some people — is that in the distant past some of the most vibrant intellectual cultures existed on those campuses that were bulwarks of Afrikaner nationalism and, later, apartheid. The University of Stellenbosch, for example, had on its campus the likes of Hendrik Verwoerd, who were superb intellectuals — if you froze for a moment questions about the troubling moral content of their racial messages.

We got into this rut because of a number of factors that together reduced many of our universities to degree machines and diploma mills. One reason was the creeping managerialism that turned the scholarship of teaching and inquiry into a parade of “measurable units” used by university bureaucracies to satisfy the constant demands for numerical accountability — for outputs by the research office or administrative compliance with external regulations by the academic standards office.

I am not for a moment suggesting that performance or compliance are unimportant in the modern university. What I am suggesting is that these obligations became a mindless churn within institutions that reward the academic mechanic more than it does the thoughtful intellectual.

Another reason we are in this rut is because of poor leadership. More and more universities appoint people at senior levels of leadership who are ignorant of the purposes of the university and the threats to it. Slowly, universities have become places that have descended into endless confrontations between rival factions over all kinds of nonsense (the indecent salary of a vice-chancellor, the constant fight over leadership positions, the sleeping patterns of a lecturer, et cetera) that have absolutely nothing to do with the academic project.

As these confrontations repeat themselves, the leaders become preoccupied not with the academic mission of a university but with containing the embarrassing fires of discontent within their institutions — a problem exacerbated by the fact that the leaders are themselves often part of these skirmishes.

Fixation with numbers
A third reason for the collapse of intellectual cultures on campuses has to do with the fixation with numbers to ensure financial survival in many universities. The more students are allowed to cram into lecture halls, the more academics are forced to engage in crowd control. But it is not simply that more students are crowding classes, it is also that academically weaker students started to enter campuses and classrooms. Academics were forced into a predominantly remedial stance in their teaching, killing the instinct to engage, provoke and deepen student learning beyond the transmission of the ubiquitous “notes” that define university life.

The other crucial reason for the demise or nonexistence of intellectual cultures has to do with the mass exit of serious scholars from university life. The sheer demand of work with low intellectual returns means that those who choose “the life of the mind” find the post-1994 university singularly unattractive. The cream of the crop has left for science councils like the Human Sciences Research Council (HSRC), only to find in time that the allure of research is replaced with the pressures of consultancy where your worth as a highly paid council employee turns on the extent to which you can generate the next multimillion-rand contract.

The gestation time needed for thinking deeply about research, theory and data is simply not there. Exhausted HSRC scholars find themselves trapped between high incomes in the science councils and low rewards in the public universities.

Others have made a straight break for the government or private sector and few have ever reconsidered the return to scholarly life. What universities are left with, in the main, are older academics too close to retirement to risk departure and younger academics too poorly qualified to risk losing the only job they have had.

Instead of intellectual cultures on our campuses we now have political cultures dominating the public space.
Students born after the end of apartheid have learned quickly how to mimic the language of struggle to make demands of institutions for material things — more money, better food, increased spending on student representative councils and the like. Student leaders constantly demand that no student should be excluded because of poor academic results. Often institutions cave in to such ridiculous demands, adding to the layers of mediocrity that ­sediment institutional life.

Of course, student demands are often legitimate and necessary, but the point here is a different one.

These student protest cultures have no intellectual content or broader social reach on campus. For example, you seldom find students anywhere protesting about xenophobia in the townships, debating pirating in Somalia or holding sit-ins on land reform in Zimbabwe. But student behaviour takes its lead from professorial behaviour, resulting in a deadening of the mind in university life.

How do we get out of this? How do we create and sustain strong intellectual cultures on campuses? What can be done to restore the rich meanings of what it means to teach and learn in scholarly environments?

The task is a difficult one because building cultures is not the same thing as changing a curriculum or erecting a new lecture hall. Cultures, many would argue, should evolve “organically” from within institutional life. Yet university leadership, and here I especially include the senates, can steer an institution towards the attainment of vibrant intellectual cultures.

The first thing that should be done on every campus is to bring together a collective of like-minded academics and students to take charge of such a project to build strong and sustainable intellectual cultures. Like-minded people with strong academic profiles and ambitions can do this. It helps to have in such a collective people who have worked in universities in other places where the habits of the mind create vibrant intellectual cultures. In other words, it is difficult to build such cultures on campuses with academics socialised into a normative experience that is narrow, bureaucratic and deprived of intellectual curiosity and creative thought.

A vital next step is to ensure that the university leadership itself demonstrates its commitment to building such intellectual cultures. This requires money to bring top scholars to campuses on a regular basis, for example. But it also requires imagination — such as the capacity to capitalise on compelling public problems (xenophobia, land reform, race-based admission policies or the global economic crisis) and turning them into compelling intellectual questions on campuses.

Another option is to build these cultures from the bottom up, within academic departments. This might mean appointing heads of department who understand and come from traditions within which vigorous academic debate and intellectual exchange are common. I have yet to see an advertisement or job description that makes the intellectual value and contribution of the candidate a prerequisite for appointment. If every academic department held weekly seminars in which members of that unit or its doctoral students shared their work in progress, significant progress would be made.

None of these things is possible without revisiting the undergraduate curriculum or, for that matter, the curriculum for residence life. The lack of a broadly liberal arts curriculum in virtually all the universities kills any signs of intellectual life on campus. Curriculum is content-heavy; teaching is transmission-based; examinations are ubiquitous. Sometimes I get the impression that on campuses there are more tests and examinations than there are thoughtful, inspiring and intellectually outrageous teaching sessions. In other words, there has to be a connection between the quality of intellectual life inside and outside the classroom.
The quality of the public discourse in the broader society will be determined in large part by the quality of the intellectual discourses on our campuses.