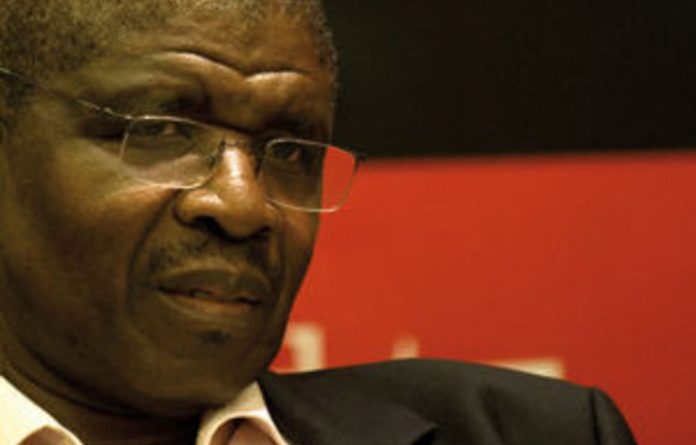 Thirty-four years later the industry is still struggling to agree on how best to transform the profession. Small black accounting firms are still at loggerheads with their white counterparts over ownership equity targets, more than six years since discussions on empowerment in the industry began. The adoption of the profession’s broad-based black economic empowerment (BBBEE) charter was put on hold last year.

Black industry players are demanding that equity targets be set at 40% instead of the government-stipulated 25%, which has stalled the process. Rob Davies, the minister of trade and industry, gazetted the chartered accountancy profession’s BBBEE charter in November last year but the department could not approve it because of objections from the Black Firms Forums (BFF), which represents black accounting firms.

This week the department said it had launched a mediation process to get the parties to agree on a workable solution. “Seeing that the ownership target has become one of the sticky issues in the way of progress, the DTI [department of trade and industry] has since proposed a compromise target which is being considered by all major stakeholders,” said Sidwell Medupe, the department’s spokesperson.

Until the charter is gazetted under the BBBEE Act, the industry is bound by generic BBBEE codes like any sector that does not have a sector charter. Medupe said the government is not giving the accounting industry special treatment by allowing discussions on a possible increase of ownership targets from the standard 25% to 40%.

‘The complexity of this sector is unlike that in other industries. Ownership is not measurable in shareholding but on partnership and goodwill. This is what would make the sector unique.” The charter’s aim is to accelerate the entry of black people into the profession and ultimately to lead to a balance in ownership and control of the industry. The main pillars of BBBEE also include management positions, socioeconomic development and voting rights.

Tsakani Matshadzi, the chairperson of the CA Charter Council, said the 40% ownership target was on the table from the beginning, but that negotiations were sidetracked by the department’s release of the codes of good practice, “which we interpreted to mean that, in order to get our charter gazetted, we had to align to the weightings and targets specified in the generic scorecard as much as possible”.

The BFF took up the issue during the public comments phase. Large accounting firms, including the big four — KPMG, Deloitte, Ernst & Young and PricewaterhouseCoopers — have been using the generic 25% empowerment quota as a guide for transformation in the industry. South Africa has 30 404 chartered accountants and only 1 602 are black, making up a poor 5%. Adding coloureds and Indians pushes the figure to 15%.

The South African Institute of Chartered Accountants (Saica) developed a project to groom new accountants, the Thuthuka development programme, which works with academic institutions. Chantyl Mulder, a senior executive responsible for professional development, transformation and growth at Saica, acknowledged that the accounting profession was “not nearly transformed”.

“When students who present themselves for the qualifying examination are representative of all races, then I will say we are heading somewhere.” But progress is being made in terms of gender representation. “Fifty percent of new members joining us are female.” Although the term “black” in transformation processes includes black Africans, Indians and coloureds, more emphasis needed to be put on growing the number of black Africans in particular because Indians were already “over-represented”.

“We have got a long way to go in terms of Africans and coloureds,” Mulder said. Because ownership in the accounting profession came only by way of partnerships and not by shareholding, Mulder said no accountant should become a partner straight after qualifying as a CA. “It will be setting up an individual for failure. Experience counts a lot and only once you are a partner can you be recognised as part of the ownership,” she said. ‘It is about being recognised by the Independent Regulatory Board for Auditors [IRBA]”.

The IRBA is a statutory body that prescribes minimum qualifications, competency standards and requirements for the registration of auditors and is the custodian of the register. Matshadzi said the ownership target for the industry spoke to the number of black partners in a firm, as well as to the level of their participation in the profits or equity in the firm.

Mulder said the biggest challenges in increasing the number of black CAs starts with schools, where not enough is being done to advise learners on the relevant subjects for certain professions. “We have to make sure that learners at grade eight take the correct subjects for the accounting profession.” The other problem, said Mulder, is that very few youngsters stay long enough in auditing to get to a stage where they would qualify as partners.

“All young black CAs are grabbed by big opportunities very quickly.” Adding to the problem is that the country is not producing enough CAs to meet the demand. Challenges of producing more CAs included difficulties in securing bursary fund money.

Mulder said Saica was looking into government assistance in growing the numbers by developing rural children who, in most cases, would struggle to get funding for studying accountancy. The time it takes to qualify as a chartered accountant (seven years) could be another discouraging factor for potential candidates.

To qualify as a CA, one needs to study for a three-year BCom degree, followed by a one-year certificate of theory in accounting and then enter into a three-year training contract with an auditing firm. Many chief executive officers, chief financial officers and directors of South Africa’s top businesses are trained as chartered accountants and play an important role in the country’s economic development.

But Mulder is optimistic that the playing field will soon be levelled in the industry. “Our profession did not even need a charter to transform. We have been transforming the industry for the past 10 years,” she said. It is everyone’s responsibility to make sure that things are balanced. “Why do you need the law to transform? It is crazy.”

Matshadzi agreed: “There is a common view that growth and transformation are inextricably linked and are critical if the profession is to remain relevant in the future. Various stakeholders have therefore engaged in initiatives that are targeted at increasing the number of black CAs and transforming the profession.”

Matshadzi said the industry needs to focus on two things — increasing the number of black CAs and ensuring that they remain in firms as managers and partners. Second, the industry should transform accounting firms so that black people are represented at all levels.