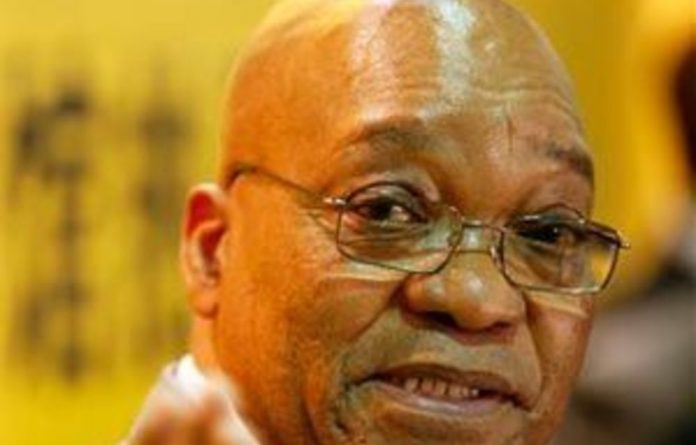 “We will not join the strike because of the Constitutional Court ruling of 1999, which prohibits soldiers from striking,” he said after the union meeting in Cape Town.

Mvovo said soldiers will instead stage a march and picket.

A protest march is planned in Grahamstown on September 10, where they will call on Defence Minister Lindiwe Sisulu to reinstate soldiers who were suspended following a protest march in Pretoria, and to push the government to grant workers an 8,6% wage increase and R1 000 housing allowance.

The soldiers have also called on the Department of Defence to speed up the process of transformation.

‘There is no problem with Zuma’
This month’s strike by about 1,3-million state workers, including teachers, nurses, customs officers and government clerks, has presented President Jacob Zuma with one of his most serious challenges since taking office more than a year ago.

Unions, also upset by alleged corruption in the ANC, are trying to link the labour action to Zuma’s political fortunes.

“We will not make a mistake again of voting into power our worst political butchers,” Cosatu secretary general Zwelinzima Vavi said at a rally on Saturday.

The comments, referring to ANC candidates for local elections next year, were broadcast nationwide on Sunday.

Vavi later told Reuters that his group still supported South Africa’s president: “There is no problem with Zuma. We interact with him all the time.”

Vavi last week said the alliance with the ANC was dysfunctional and in danger of collapse. But Cosatu spokesperson Patrick Craven said he did not see a breakdown coming.

“We are nowhere near the stage … of withdrawing our support for the ANC,” Craven told Reuters.

Cosatu helped Zuma win the presidency and its support is essential if he wants to seek re-election.

Cosatu has already threatened to widen the state workers’ strike later this week to all of its member unions who it says represent about two million workers.

A one-day strike set for Thursday will probably not do much economic damage but Cosatu has said the action could turn into an indefinite strike, which would cause major damage in industries including mining, which alone is responsible for about 5% to 6% of GDP.

Analysts expect Zuma and the ANC government, which has typically given in to labour’s demands, to reach a deal soon, tilted in favour f the unions, and worry later about the damage to state spending.

“It wouldn’t surprise me if there was some sort of resolution by the end of the week,” labour analyst Tony Healy told Talk Radio 702. — Sapa, Reuters