Research goes back to our roots 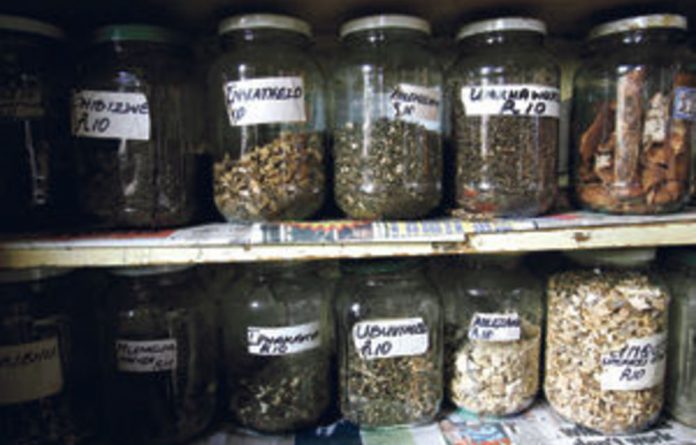 The Walter Sisulu University (WSU) served up a multidisciplinary feast of academic papers and keynote addresses at its third international research conference in Mthatha last week.

The conference, “Consolidating Research, Innovation and Technology Platforms for a Knowledge-based Economy”, attracted delegates from as far afield as Japan and West Africa. The international gathering was another step towards “entrench[ing] a vibrant research culture” at the university, said Professor Larry Obi, WSU’s deputy vice-chancellor for academic affairs and research.

WSU is South Africa’s youngest tertiary institution and inherited the twin legacies of poverty and geographical dislocation when it was formed in 2005, following the merger of two technikons and the former University of Transkei. At inception five years ago, the university had three rated researchers and only about 50 postgraduate students in four campuses spread over 1 000km2 of the mostly underdeveloped former Transkei.

At the conference, Dr Somadoda Fikeni, WSU council chairperson, spoke of the role that the university could play as a “research node that can turn a rural space into a thriving economy”. “There is a close correlation between human capital, research and development, and a knowledge-based economy that can place even a tiny country at the centre of the world,” he said.

But Fikeni cautioned that “we should be taking advantage of our own knowledge base” in the pursuit of science and “base our research on our own experiences”. He cited the example of RDP housing, which, he said, had ignored indigenous knowledge in favour of modernism. “These houses were built with tin roofs, which turn them into refrigerators when it’s cold, but when it’s hot you feel like you’re locked in a microwave. But all along, African people have been thatching their huts to solve this very problem,” he said.

Fikeni’s address set the tone for the conference. The theme of indigenous knowledge emerged strongly from the more than 200 papers presented over three days. For example, Dr Ken Mossanda of WSU’s directorate of research development presented a paper on African medicinal plants and foods that could help prevent cancers associated with rural lifestyles.

Mossanda said that grain moulds that grew on maize could cause liver and colon cancer, and cooking food in cast-iron pots could lead to dietary iron overload and increased chances of liver cancer. But a wide range of popular African medicinal plants and foods that Mossanda and his colleagues had tested, such as cancer bush (Sutherlandia fructescens), isibaha (Warburgia salutaris) and devil’s claw (Harpagophytum procumbens), proved to havepotent anti-carcinogenic properties.

Another WSU researcher, Thembisa Tshaka, was troubled by the controversy surrounding the traditional beer, umqombothi, an opaque maize-based brew popular in the Eastern Cape. Although some scientists suspect that umqombothi causes the abnormally high rate of oesophageal cancer in the province, Tshaka said the Xhosa traditionally believed that umqombothi was healthy because “all will be well if you drink [it]”.

Presenting the findings of her pilot study, which relied on the Ames test to determine whether umqombothi caused mutations in the DNA of bacteria, Tshaka revealed that the brew neither caused nor prevented cancer. Meanwhile, Zolisa Swaartbooi-Xabadiya had conducted research on the perceptions and attitudes of rural girls on the traditional practice of inkciyo, or virginity testing. Inkciyo is a ritual in which girls undergo routine hymen inspections by designated female community elders.

Swaartbooi-Xabadiya found that, “contrary to arguments against the practice which claim that it is a violation of girls’ rights”, a significant proportion of the girls themselves saw it as a way of “gaining self-respect and the affirmation of one’s community”. In some cases, the girls cited other benefits of inkciyo such as the prevention of HIV and other sexually transmitted infections.

Reflecting on the future possibilities of indigenous knowledge in a knowledge-based economy, Professor Muxe Nkondo, who chairs the National Library of South Africa’s board, told of a respected traditional healer who applied for an associate professor post in the school of health sciences at the University of Venda Nkondo was chairperson of the selection committee.

“In spite of universal agreement among the committee as to the man’s impeccable credentials, there were no selection criteria available to evaluate his traditional health bona fides. We couldn’t give him the job, and he died a few weeks after our failure to appoint him,” Nkondo said.

Mammone Tang, a representative from the department of science and technology who is based in the National Indigenous Knowledge Systems Office, said the government was setting up centres “to record, store, process and disseminate indigenous knowledge for the benefit of its owners” and to make the country “among the top three emerging economies in the global pharmaceutical industry”.