SAA probe widens in wake of claims against Ngqula 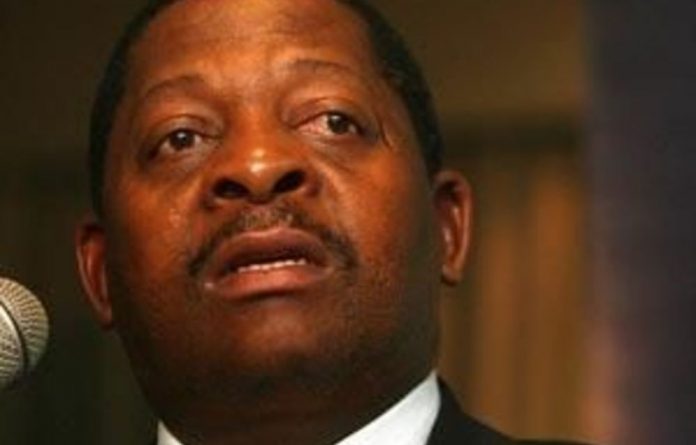 Senior staff at South African Airways (SAA) could face charges as prosecutors study forensic reports of wrongdoing under the watch of former CEO Khaya Ngqula, who is being sued for millions, the airline said on Tuesday.

“It is up to the prosecutors to decide, six large volumes have been handed over to them,” SAA spokesperson Fanie Zulu told reporters after a briefing by the airline board to Parliament’s watchdog public accounts committee (Scopa).

“They should decide if more questions should be asked.”

He said he could not name those mentioned in the report by KPMG handed to the Specialised Commercial Crime Unit because of the risk of compromising the legal process.

The board told MPs the airline’s former chief procurement officer was suspended on suspicion of flouting the Public Finance Management Act.

He is among several staff members facing disciplinary action as the company tries to tighten controls following Ngqula’s departure in March last year with a golden handshake of R8,9-million, which he has been made to pay back.

SAA chairperson Cheryl Carolus told MPs the company hoped that Ngqula would disclose details of financial wrongdoing and the names of others involved, but decided in December, after three months of waiting for him to cooperate, to proceed with a summons.

“It is a bit like the TRC, you have to start somewhere and see what more you find,” she said. “We could wait another two years or we could act and send out a very fine message.”

Recovering money
Board member Margie Whitehouse said the company had decided to seek to recover the cost of a R21-million sponsorship Ngqula gave to professional golfer Angel Cabrera, but was not sure of the amount it could claim from the former CEO.

“The only issue outstanding is the amount we claim … The Angel Cabrera process is being drawn up.”

While Ngqula exceeded the financial limit of his authority on sponsorships at least 10 times over, Cabrera acted in good faith and SAA therefore had to honour the contract, which runs until February 2011.

The airline could also seek to recover funds spent by Ngqula on a R120-million sponsorship contract given to the Association of Tennis Professionals.

This will come on top claims served against Ngqula for R3,3-million he spent on hiring hospitality suites and R27-million that he awarded on retention bonuses in excess of his authority.

Carolus and acting chief financial officer Zakhele Sithole conceded that the company was overspending money on its internal audit process, which has for years been in the hands of Ernst & Young at an annual cost of R17-million.

Carolus said the company was aware that it is not getting “a lot of value for our money” and reviewing its options. — Sapa