Semenya off the pace in Italy 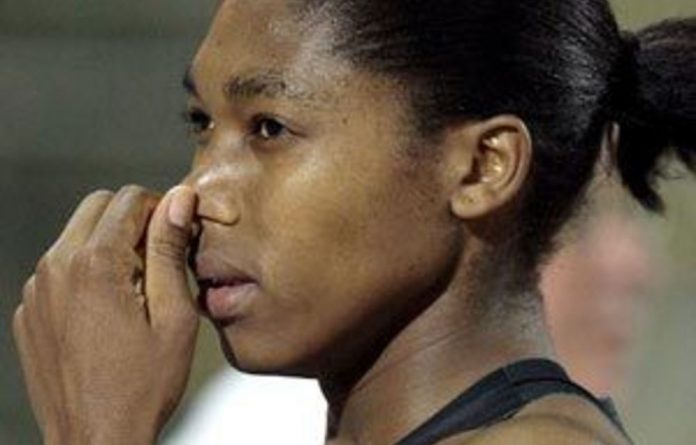 Women’s 800m world champion Caster Semenya flopped in Italy on Tuesday as she only finished seventh in a below-par field.

The 19-year-old only recently returned to action after being cleared following a controversial inquiry into her gender that saw her sidelined for almost 11 months.

Semenya, who handled the furore surrounding her gender tests with great dignity, won her first three races back but failed to sparkle at the Diamond meet last Friday in Brussels, and was significantly off the pace here.

Italian athlete Elisa Cusma Piccione won the race in a time of two minutes 00,37 seconds, with Semenya — who is hoping to add Commonwealth gold in Delhi in October to her world title — more than seven seconds adrift, a long way off he targeted time this season of one minute 57 seconds.

America’s disgraced 2004 Olympic 100m champion Justin Gatlin came in to the meeting with three successive wins behind him on his comeback after serving a four-year suspension for doping.

However, the 28-year-old just failed to win, finishing second in 10,09sec behind up-and-coming 20-year-old Jamaican Yohan Blake, who won in a time of 10,06sec, though he would probably have gone under 10sec had he not struggled with a right thigh problem in the last 10m.

South African Oscar Pistorius, known as “Blade Runner” because of the artificial legs he runs on, finished third in the 400m B race in a time of 47,14 seconds. — Sapa-AFP