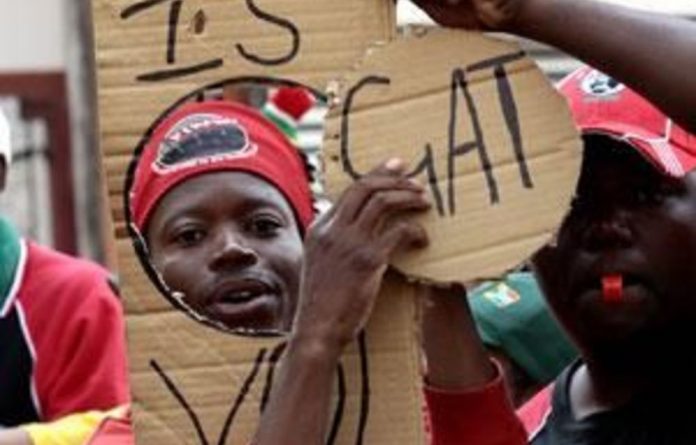 Paralysing public-sector strikes are entering their third week, but things are no better in the private sector.

While the government has put a new offer on the table and a resolution looks set to be reached this week, reports are increasing of tools being downed from petrol attendants to platinum miners in the private sector.

The sudden proliferation of industrial action may have taken the public by surprise, but has been a long time in coming, say unions, given the postponement during the Soccer World Cup. In addition, many three-year wage agreements between companies and their employees lapsed this year and now need to be renegotiated.

But who is actually on strike and what are they demanding? We round up private-sector strike action across the country.

Metal workers
The National Union of Metalworkers of South Africa (Numsa) has successfully negotiated wage increases for workers in most of the sectors where it is represented. In late August, following an eight-day strike by 31 000 workers in the automobile manufacturing sector, Numsa concluded negotiations with employers at the country’s seven car manufacturers, including Ford, BMW and Toyota. The 10% increase and ban on labour brokers won by workers was considered a good agreement.

But it is still bargaining for workers in the tyre and motor industries. Workers in the tyre industry manufacture new tyres while the motor industry includes a range of workers such as petrol-pump attendants, panel beaters, staff at new and used car dealerships and workers who manufacture car components, such as steering wheels and safety belts. The demands made of employers differ slightly but both groups are seeking improved working conditions and a ban on the use of labour brokers.

Mine workers
Mine workers are on strike at two mines this week, according to the National Union of Mineworkers (NUM), with a third set to join them on Monday. NUM spokesperson Lesiba Seshoka said the strikes were separate to the public-sector strikes and part of normal negotiations. The union, which oversees workers in the critical sectors of mining, construction and electricity, was going to embark on a solidarity strike with the public-sector workers but suspended the action in light of the new offer from government on Monday.

Other action
This week Saccawu announced that it is considering strike action after failing to resolve a wage dispute with Pick n Pay. If the parties do not come to an agreement in the next two weeks, 25 000 workers could go on strike nationwide. Workers are demanding a one-year wage agreement rather than a three-year agreement, a minimum number of guaranteed hours for part-time workers, a 10% staff discount on basic food stuffs and a R550 or 12% across the board increase, whichever is greater.

Solidarity strikes
The public-sector strikes left schools and hospitals paralysed for the past two weeks, but negotiations have resumed and unions will decide on government’s new offer of a 7,5% salary increase and R800 monthly housing allowance. The unions wanted an 8,6% increase and R1 000 monthly housing allowance. A number of other unions are downing tools in solidarity with the about 1,3-million workers employed by government.