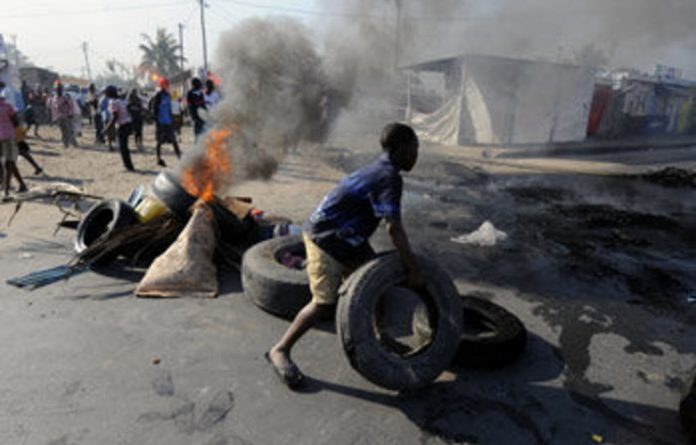 At least two children have been shot dead in clashes between police and rioters in and around Maputo on Wednesday in rallies over rising prices in Mozambique, one of Africa’s most impoverished countries, police said.

“We have a number of injured people. Two children have been killed in the suburb of Mafalala. There is a widespread disorder and confusion across the city,” said police spokesperson Arnaldo Chefo.

Residents of the southern African state say they have been hit by rising costs for basic necessities including bread, along with soaring costs for fuel, cement and other essentials.

“I can hardly feed myself. I will join the protest because I’m outraged by this high cost of living,” Nelfa Temoteo, who lives in the capital’s densely populated Malhazine suburb, said.

Maputo police issued a stern warning to protesters and appealed for calm.

“This is an attempt at manipulation and public incitement to an illegal demonstration,” police commander Pedro Cossa told Radio Mozambique.

In 2008, at least six people were killed in Mozambique in protests in over high fuel prices and living costs. The government agreed to cut the price of diesel fuel for minibus taxis. – Reuters