Pirates to proles: A short history of strikes 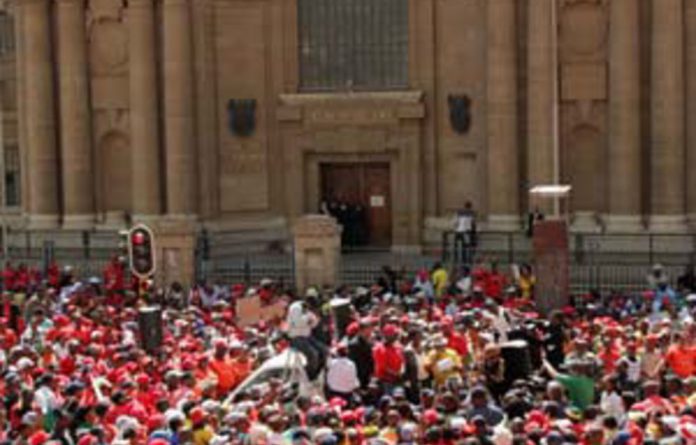 Depending on your point of view, strikes are an annoyance, a form of extortion, or part of a long and proud tradition of workers standing up for their rights.

But where did they come from?

Ever since pirates in the 18th century formed democratic “unions” among themselves, strikes have been all the rage.

Feudalism may be so 1746, but entrenched class structures have meant that mass action and the formation of unions is the most effective, if not the only, way to get workers’ demands heard.

“People have this notion that strikes are an aberration,” said labour historian Michael Schmidt. “In our Constitution they are protected, and there are reasons for that.”

Schmidt co-authored Counter-Power, a two-volume work on the politics and global impact of the anarchist-syndicalist labour movement, which built the first unions for people of colour in South Africa in 1917-1919.

While the history of strike action and workers’ unions is messy and often violent, it has been responsible for an impressive list of rights now taken for granted. From safety and fair treatment to major shifts in politics and economics, hope may indeed lie with the proles.

Barcelona 1919 and others
The eight-hour working day may be the norm today, but it was fought for when it was common for workers to work for 16 hours at a time. Advances in technology had made production faster but demands on workers did not change, while conditions deteriorated. It took a few instances of mass action around the world to reduce the working day to 10 hours and then eight. Spain was the first country to introduce it into law, when a 44-day general strike with more than 100 000 participants effectively crippled the Catalan economy. Barcelona settled the strike by granting all the striking workers’ demands, including the eight-hour day.

Solidarity and the fall of Polish communism
Many associate trade union action and worker rebellion with socialism and communism against capitalism. Trade union Solidarity, however, was founded in Poland in 1980 by those who were anti-Soviet, and quickly spread throughout the workplaces of Poland. When the union put forward its ideals of “a self-governing republic”, the government tried to use martial law to destroy the union, but was eventually forced to negotiate. The negotiations led to semi-free elections in 1989, where Solidarity won a place in a coalition government.

South Africa: 1946 miners’ strike
In 1946 the African Mine Workers’ Union went on strike, demanding better working conditions and wages of ten shillings a day. The strike was met with violent resistance. Historically there is no record of numbers, but people were killed and injured, and the union was banned. The fact that the strike was “a failure” had, apparently, been predicted by newspapers, which printed the headline before the strike began. The strike was, however, an important moment in the history of black resistance to apartheid, consolidating and focusing disparate groups. It was the most significant mass action that had been taken against the white ruling class, and marked the start of more active resistance. The rest is history.

Durban: 1973
Unions of black workers had been repressed by 1973, but in spite of this workers still embarked on an unprotected strike at the beginning of the year. Tile workers were the first, followed by other factory workers. By January 26 all of Durban’s major industrial complexes were faced with heavy strike action. The strikes highlighted the conditions and wages of the workers, and the public was largely sympathetic to their cause. Even Prime Minister John Vorster asked that employers treat their workers as “as human beings with souls”.