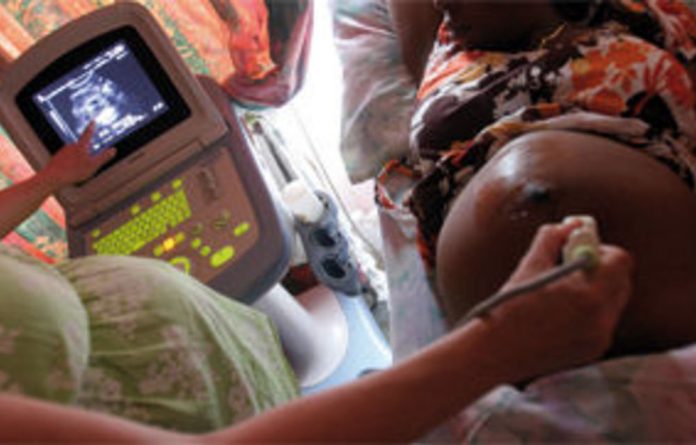 When an HIV-positive woman in labour arrived at a Namibian state hospital in October 2007, she did not know that the health workers responsible for delivering her baby would also be responsible for ensuring that she could never bear babies again.

Because of her HIV status, she was allegedly informed that she would not receive the medical attention she needed unless she consented to permanent sterilisation to minimise future risk of transmission. The implied directive was clear: choose between the child you have today and the children you might want tomorrow.

In her vulnerable state, deep in labour and in need of a Caesarean, this was not much of a choice. She signed the consent form and received a healthy newborn in exchange for her right to have babies in future. We cannot presume to describe the emotional anguish and social challenges she consequently endured.

In the High Court of Namibia from June 1 to 4 she and two other women living with HIV — the first three of 15 complainants who underwent similar treatment in public facilities — presented their testimony and made their case for monetary compensation of about R1-million each. The next part of the case is being heard from September 1 to 10.

Is R1-million too much or too little? How does one decide on the price tag for an unborn child, or two, or three? How does one even begin to quantify the cost to the health of these women, their relationships, families and communities?

Beyond the numerous and complex consequences for the individual, the Namibian forced-sterilisation cases raise a much bigger issue for Namibia and other countries in the region that struggle to ensure accountability in overburdened health systems in which patients are expected to be seen and not heard, let alone claim justice when their rights are violated.

In this context the duty of health providers to preserve life can easily be mingled with the presumption to play God, to impose unwanted and irreversible decisions on patients, based on providers’ prejudices, which, in these cases, were cloaked with outrageously misguided public health arguments. These arguments make the case one of global significance.

The fact that the right of women living with HIV to bear children is still being questioned starkly highlights our continuing failure to overcome the challenge of stigma and discrimination. Such stigma has been described as one of the greatest threats to progress in the fight against HIV as it deters people from seeking prevention, testing, treatment and care and from disclosing their status if they are living with HIV.

Furthermore, the cases highlight the continued shortcomings in the rollout of antiretroviral therapy for prevention of mother-to-child transmission (PMTCT) in low-income countries, though this intervention has been proved to be effective and affordable. In high-income countries the vertical transmission of HIV from parent to child has virtually been eliminated due to the availability of voluntary testing and counselling, access to antiretrovirals, adequate antenatal services and breast milk substitutes for newborns whose families have access to clean water.

Any possible public health rationale for imposing reproductive restrictions on women living with HIV has fallen away in the context of these interventions, yet the irrational argument lingers. It is clear that the availability of high-quality antenatal interventions, while a fundamental prerequisite for the reproductive rights of women living with HIV, will not in itself ensure that these rights are upheld.

According to Namibia’s latest report to the United Nations, close to 90% of HIV-positive women’s babies are born HIV free. While this coverage is far from universal access, it is still better than many other countries in the region, where the practice of sterilisation, whether forced or voluntary, has never — at least to public knowledge — been regarded as an effective or viable preventive measure against vertical transmission of HIV.

Beneath the public health pretext and underlying the cases that will be presented in the Namibian court this week is a fundamental disregard for the right of women to reproductive autonomy. Though this is an attitude women have battled all over the world, the Namibian forced-sterilisation cases paint the issue with obscene clarity in the context of HIV, putting the country under scrutiny from judges, policymakers and concerned citizens around the globe.

Advocacy groups have supported the women through mass actions in Namibia and its embassies in neighbouring countries. In addition to endorsing the women’s compensation claims, they are also calling on the Namibian government to prohibit explicitly the practice of sterilisation without informed consent and to develop appropriate policies, training and complaint mechanisms that ensure that all healthcare workers respect the rights of patients to reproductive autonomy and quality and non-discriminatory medical care, regardless of their HIV status.

This is a precedent-setting case and many around the world will watch the outcome anxiously, an outcome that will have far-reaching implications for government approaches to the reproductive rights of women living with HIV. But, amid the legal jargon, the data and debate, the politics and polemics, it is important that we do not lose sight of the individual stories that have woven this tapestry of human rights violation, or get distracted by unfounded arguments about the possible fate these women’s unborn children might have faced.

Activists opposed to forced sterilisation have mobilised under the slogan: “My body, my womb, my rights.” These women survived violation of all three, were brave enough to share their stories and will live with the consequences for the rest of their lives. They deserve justice.