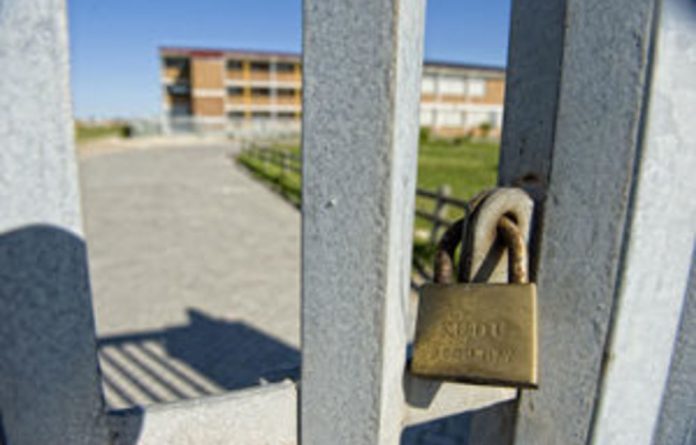 The recent public service strike has left a trail of despair among grade 12 learners who are concerned about the loss of preparation time for this year’s matric exams.

This is the second major strike in three years to hit the public sector, with education being the biggest casualty. The strike has disrupted preliminary matric exams and has thrown into disarray revision plans with just a month to go before matric learners sit for their final exams.

A the time of going to press, Cosatu-affiliated unions had rejected government’s revised offer of a 7,5% salary increase. They were strategising about their next plan of action.

Nervous grade 12 learners told the Teacher that they had not even completed the syllabus and fear that there is not enough time to prepare for the final examinations.

Mpumi Zitha, 18, of Fumana Comprehensive School in Katlehong, Ekurhuleni, said after their teachers joined the strike learners felt “abandoned” and attempts to set up their own study group failed.

Zitha, who wants to become a chartered accountant, is particularly worried because her core subjects include mathematics, science and accounting, “which you cannot study on your own”. And by the time the strike started, she said, they were about to finish the maths syllabus but were still way behind in chemistry and accounting.

“Now this worries me sick and with such little time left I have serious reservations that we will finish the syllabus. Even if we try to, it would be a rushed process. Although I will try to work hard until the last moment, my confidence is at its lowest point.”

Her concerns are shared by Neo Mhlongo, a 17-year-old grade 12 learner at Rondebult High School, also in Ekurhuleni. Mhlongo is taking maths and science as his core subjects because he wants to study chemical engineering or computer science at university. And this depends largely on how he performs this year.

“I am very disappointed about the strike. Why didn’t it take place earlier, why now when we are about to sit for final examinations? What this means … is that my dreams of studying at university have all but vanished. My grandparents are using their combined meager pension grants to put my sibling and me through school.

“My wish is to pass well this year so that I can go to university and this would give them a financial break. But the strike looks destined to dash all my hopes,” he said.

Meanwhile, Basic Education Minister Angie Motshekga told a meeting of the Council of Education Ministers in Pretoria early last month to strive for a 10% increase on last year’s matric pass rate of 60.7%. She said: “We owe it to the learners, the country and our people to improve grade 12 results”.

But experts said a 10% increase is too high a target to attain even without the strike. Alan Clarke, a former principal and education management consultant, said the strike would certainly exacerbate the situation. “Ten percent is a very significant number and cannot be achieved within one year. It is not something that you can achieve in nine months. To achieve this, you need to start from grade nine.”

Education expert Russell Wildeman of the Institute for Democracy in South Africa said teachers would have to “roll up their sleeves” to prevent poor matric results as a result of the strike. He said in poor and struggling schools it would be difficult to re-establish a culture of learning.

Meanwhile, the Democratic Alliance has raised questions about the department of basic education’s ability to ensure that the no-work, no-pay rule for striking teachersw is enforced. This comes after the Mail & Guardian reported that the data necessary to do so equitably and accurately could be seriously flawed.

In a statement DA spokesperson on education James Lorimer said the problem with the no-work, no-pay policy comes in when keeping track of who was at work and who stayed away.