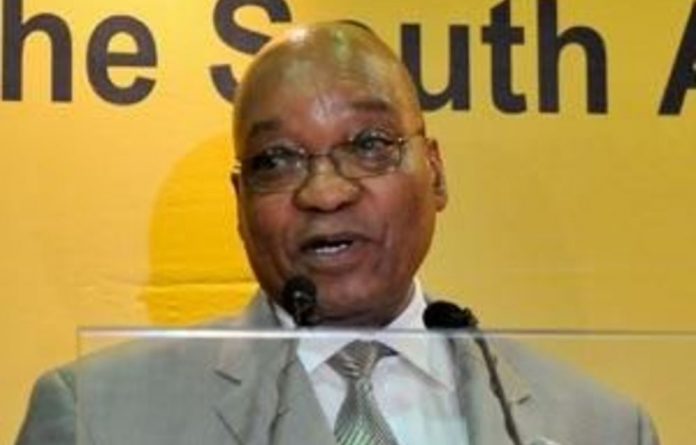 Replying to questions in the National Assembly, he said the African National Congress’s (ANC) resolution on a proposed media tribunal “promotes media freedom within the context of the human rights ethos” of the Constitution.

“It promotes the view that the right of freedom of expression should not be elevated above other equally important rights, especially the right to human dignity, which is also enshrined in the Constitution,” he said.

The intention was that the tribunal “would strengthen, complement and support the current self-regulatory institutions, such as the press ombudsman’s office”.

“It must be noted that this vibrant debate has resulted in a decision by the Press Council to review its constitution with a view to strengthening its self-regulatory mechanisms.”

However, whether the review was taking place or not, “we have put this one, our own, media appeals tribunal”, Zuma said.

Since the recent debate started, there had been more apologies from the media.

But when it reported about individuals, “you have huge headlines and a picture of the person”.

‘We are saying there must be a way to appeal’
However, when “they discovered their reporting was erroneous” and agreed to retract, “they don’t give the same equal weight”.

“The apology is somewhere hidden inside a small little thing. It’s not fair,” Zuma said.

So far, the press ombudsman had “been able to ask the media to apologise, but the damage could be very big; you have got no recourse to that”.

If a citizen was not satisfied, there was no recourse.

“And we are saying there must be a way to appeal, and we are saying you must therefore establish this tribunal. It does not infringe on the freedom of the press. It deals with the human rights of all citizens,” Zuma said.

“We are concerned because a lot of pain has been caused by how the media has been reporting [on] certain individuals in the country.”

The Inkatha Freedom Party’s Mario Oriani-Ambrosini said the debate on press freedom should not even be opened, as the solution lay in the law against defamation.

Zuma responded by saying many South Africans “are poor”.

“They can’t get a lawyer to go and defend themselves. What happens to them?”

The tribunal would be “able to act on their behalf”.

“So whether the Act is there, the practice is that many people can’t have lawyers to take the media, if they think they’re aggrieved, to court,” he said. — Sapa