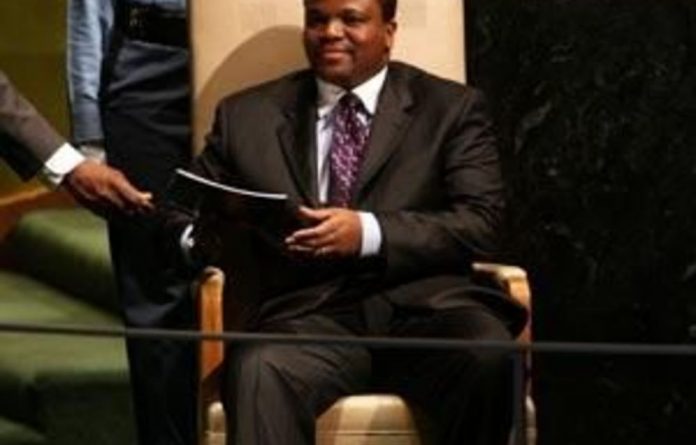 Cosatu’s deputy international secretary, Zanele Matebula, was bundled into a police van with four other South Africans on Monday night and thrown out of Swaziland, on the eve of a planned democracy march in the kingdom.

“We were arrested and questioned for four hours,” Matebula told the Mail & Guardian. “Then we were told to get our bags from the hotel and they put us in a van and sped us at high speed to the border.”

Matebula was among 50 people arrested ahead of the protest march, which went ahead. The crackdown took place as 19 heads of state, including Zimbabwe’s Robert Mugabe and Libya’s Moammar Gadaffi, were attending a meeting of the Common Market for Eastern and Southern Africa (Comesa) in Swaziland.

Concern is growing about the president of underground opposition party Pudemo (People’s United
Democratic Movement), Sikhumbuzo Phakathi, and two other arrested activists whose whereabouts are not known.

Police broke up a meeting at Tum’s George Hotel in Manzini where planning for the march was taking place. Matebula, who was at the hotel with other activists to show solidarity and highlight the abuse of human rights under Swaziland’s absolute monarch, Mswati III, said: “Police stormed in and demanded to know who the South Africans were among us. There was a lot of pushing, shoving and screaming.”

Some members of the pro-democracy, non-governmental organisation, the Open Society Initiative for Southern Africa, were arrested, but later released. Two Danish visitors, in Swaziland to hand over an award to activists, were also reportedly manhandled by police and deported.

“To deport five people, they mobilised about 300 members of the police, military and other officials. It was ridiculous. It was all about the pretence of a strong state,” said Faulkner.

“But this is a turning point for Swaziland. In spite of the intimidatory behaviour, the confidence of the people is soaring and they’re really getting organised.”

Faulkner said Pudemo had been raided so many times, it had closed its offices in Swaziland, but still operated clandestinely.

Last month women’s rights activists in Swaziland staged a protest march against the royal family’s lavish spending, after a shopping trip by nine of King Mswati’s 13 wives, who chartered a plane to Europe and the Middle East.

The chief researcher at the Africa Institute of South Africa, Sylvester Maphosa, said he believed the arrests and clampdowns in Swaziland were an “affirmation of the strong-man concept” prevalent in developing African countries.

“It is typical where national leaders are clinging on to power and denying citizens basic freedoms,” he said.

Swaziland has been under a state of emergency since 1973.

Glynnis Underhill
Glynnis Underhill has been in journalism for more years than she cares to remember. She loves a good story as much now as she did when she first started. The only difference is today she hopes she is giving something back to the country.
Facebook
Twitter
WhatsApp
Linkedin
Email
Telegram