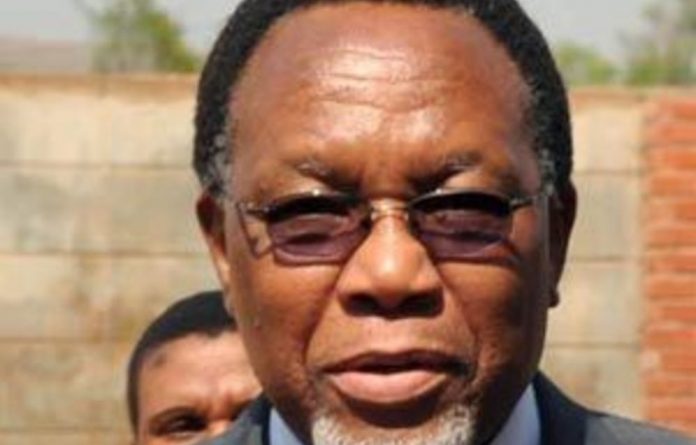 The government moved on Friday to discount suggestions that Cabinet ministers are failing to answer questions in Parliament.

Deputy President Kgalema Motlanthe’s office — in his capacity as leader of government business — has noted reports citing the absence of some ministers from Parliament when they were expected to answer parliamentary questions, government spokesperson Themba Maseko said.

“Evidence suggests that all members of the executive appreciate their obligations and are in fact doing more than just compliance, even as they face mammoth service-delivery obligations that often demand their involvement in activities away from the National Assembly,” he said.

Regarding the five Assembly question sessions held this year, all oral questions put during question time were either answered by that minister or their deputies.

The only exception to this was on August 19, when Public Service and Administration Minister Richard Baloyi was unable, at the last minute, to attend, and Cooperative Governance and Traditional Affairs Minister Sicelo Shiceka, who was unwell.

Baloyi’s sudden unavailability was occasioned by having to attend to the public-sector strike.

Minister in the Presidency Trevor Manuel was also unavailable on this day, but had made arrangements for another minister to respond to his questions.

That question day had also been moved from the usual Wednesday to a Thursday due to a joint sitting on the Fifa World Cup.

Further, in terms of the Rules of the National Assembly, a deputy minister or another minister could answer questions for an absent minister.

Explanations
Maseko said that as far as Motlanthe was aware, ministers provided Parliament with explanations when they were unable to be present for questions. Parliament “may wish to consider improving on its internal communications so as to ensure that chief whips of parties are aware of the reason for the absence”, he said.

Among other things, on March 3, he had informed the Assembly that he had written to all ministers who had unanswered written questions. He requested an explanation for each unanswered question, as well as the steps they would take to ensure they answered all questions as prescribed.

As a standard procedure, Motlanthe also presented fortnightly reports to Cabinet which, in addition to updating the executive on the parliamentary programme, detailed the number of unanswered questions per minister.

Most ministers responded positively by sending replies to Parliament as expected. Others explained the constraints and committed to comply as soon as practicable.

Should Parliament deem it fit to review its rules to augment and counter perceived non-compliance, it was within its right to do so, Maseko said. — Sapa