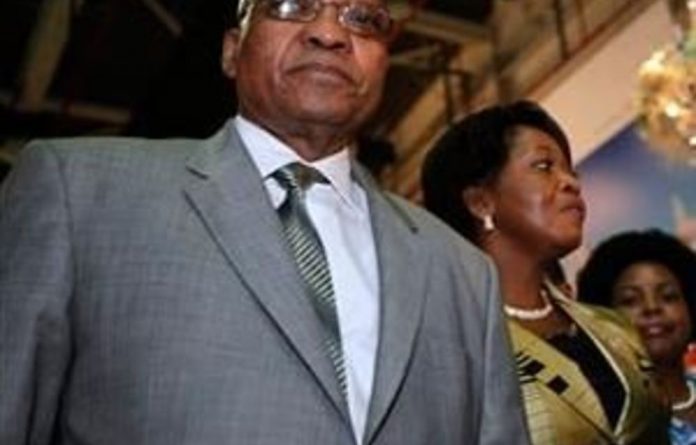 The African National Congress (ANC) and its long-time labour partner will on Monday try to repair their governing alliance, which has been described by union groups as “dysfunctional”.

The ANC’s meeting on Monday with the Congress of South African Trade Unions (Cosatu) comes a week before an ANC mid-term policy review, where the labour group could turn up the heat on President Jacob Zuma unless he gives them a greater say in policy formation.

“The alliance is facing paralysis, which needs to be unblocked,” Cosatu said in a policy paper released last week.

The talks are slated between political officials of the two groups and details of the planned discussions have not been released, an ANC spokesperson said.

Zuma, derided by critics as ineffective, risks leaving the September 20 to 24 ANC national general council in a weaker position, with enemies seeing him as a lame duck and lining up their own bids for power well before his term ends in 2014, analysts have said.

The alliance between the ANC, Cosatu and the South African Communist Party (SACP) was forged in their struggle to end apartheid.

It has been strained by a three-week public-sector strike and Cosatu complaints about what is sees as spreading cronyism in Zuma’s government.

Last week ANC secretary general Gwede Mantashe criticised Cosatu for being directly involved in the wage negotiations. The strike saw public-service workers, including nurses and teachers, walk off the job for nearly three weeks, and was marred by violence and intimidation.

Mantashe further argued the strike should have been called off, not suspended.

Cosatu wants the alliance to be the “strategic centre of power”, while the ANC has long claimed this was its role.

The problems in the alliance, according to Vavi, are worsened by corruption and individuals using the government for personal gain. He warned that a lack of ANC action on corruption would result in Cosatu pulling back its support in the upcoming 2011 local government elections.

The ANC and its two partners were meant to discuss relations during a trilateral meeting earlier this year, but this never happened.

Cosatu believes an alliance summit was not convened due to political “paralysis” and “for fear of an implosion, as a result of fundamental differences on the question of where the power lies”.

Cosatu helped bring Zuma to power but has been disappointed that he has not pushed for left-leaning policies it favours. — Reuters, Sapa