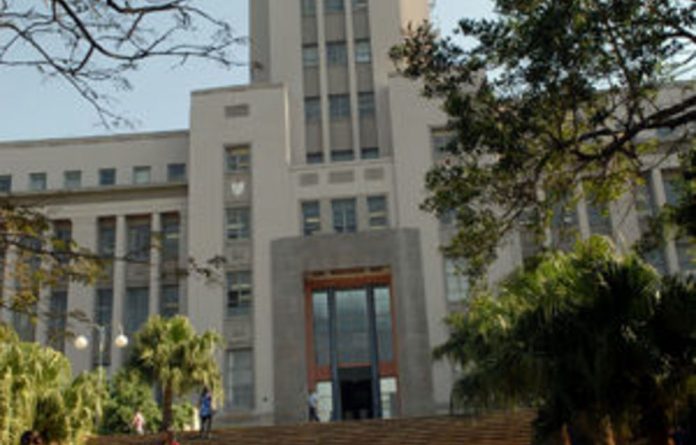 Student protests at the University of KwaZulu-Natal (UKZN) escalated throughout the week as rumours of plans to privatise residences swept through the university’s five campuses.

UKZN management’s claims that no such plans are in the pipeline, and the student representative council’s equivocal confirmation of this official line did nothing to stem the protests.

By Wednesday heated opposition had exploded into demonstrations by hundreds of students on four of UKZN’s five campuses. Lectures have been disrupted since Monday and the SRC said police had made numerous arrests.

This month the university’s management will take proposals for increasing on-campus student accommodation to the UKZN council — and it is what exactly these proposals comprise that is in dispute. The Mail & Guardian has established that:

The M&G has copies of these emails and the Deloitte report, but has not been able to verify the authenticity of the former, or whether the Deloitte report reflects the privatisation options discussed in the mid-August finance meeting.
Students opposed to privatising residences fear a sell-off will drive up accommodation costs. Sandile Phakathi, Sasco’s KwaZulu-Natal chairperson, said the Deloitte report, the emails and other documents prove the university will ask council to approve proposals for leasing residence buildings and outsourcing other residence services, such as catering, to private companies.

UKZN management did not answer the M&G‘s detailed questions, choosing instead to issue a general statement saying the university does not support the privatisation of student residences and that the mid-August meeting decided to propose that council approve “in principle to accommodate all off-campus and needy students on campus”.

It said the meeting agreed that “the method or model for the provision and operation of residences needed further investigation” and that council would need to apply to the higher education ministry for a loan and for permission to build new residences.

One of the M&G‘s questions to management concerned information the newspaper had received about interactions between UKZN and Higher Education Minister Blade Nzimande on rumours of privatisation.

UKZN’s statement does not refer to this, but Nzimande’s spokesperson, Ranjeni Munusamy, said the minister has been “assured” by UKZN vice-chancellor Malegapuru Makgoba that “the residences at UKZN are not being privatised”.

“A full report on the [privatisation] allegations will be forwarded to the minister,” Munusamy said. “Nzimande would never support the privatisation of residences at any higher education institution because of the negative effect this would have on students and the culture of the institutions.”

UKZN said its search for better student accommodation started three years ago and has involved “a consultative process”. But Phakathi, a former SRC president who now heads the South African Union of Students, said neither he nor his colleagues in the ANCYL, Sasco and the YCL at the university had ever seen privatisation proposals such as Deloitte’s.

The SRC claimed this week it had intended to tell students about such plans at the Institutional Student Congress on September 18.

UKZN’s Indu Moodley told the M&G the next council meeting would be on September 17.

“The SRC does not seem to be leading the [student protests],” UKZN’s communications chief, Nomonde Mbadi, told East Coast Radio’s Newswatch on Wednesday. “It is the political organisations that are leading the strike.”

The uberfication of the university