The witch that refuses to be buried 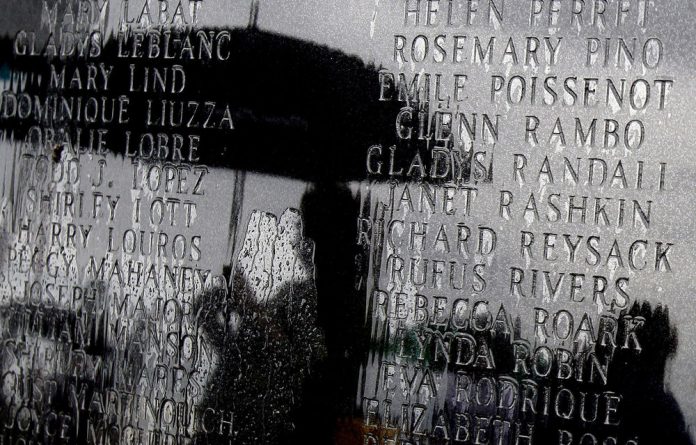 The coffin lay open. The mourners approached one by one. Some spat their contempt and turned away swiftly. Others reached inside the grand, silver casket and kept a hand there for a moment as if trying to purge the years of terrible memories and suffering. Each left a handwritten note.

“Since this is a church, I’m going to be nice,” said one. “You made me lose my home. You may have taken away my life as I know it, but you’ll never take away my spirit.” Another said: “Thank God you are gone, but unfortunately you will never be forgotten.”

The congregation had gathered to bury Hurricane Katrina five years after it smashed through New Orleans’s inadequate levees, flooded most of the city and erased entire communities. About 1 800 died and more than a million fled, many never to return. Tens of thousands are still living in trailers scattered across neighbouring Texas and beyond. Many of those who did come back faced desolation, the destruction of their homes, the loss of their jobs.

The Roman Catholic archbishop of New Orleans, Gregory Aymond, said the symbolic funeral would lay to rest “the hurt, the pain, the woundedness, the hopelessness”.

He then looked on slightly astonished at the vigour of an evangelical preacher, Jesse Boyd, who put it another way: “We’re here to say arrivederci, adios, goodbye to Katrina. Rest well.” Five years on, the government has spent $143-billion (more than R1-trillion) on the reconstruction of public buildings and private homes, roads and bridges, in one of the largest programmes of its kind in the history of the United States.

But the anger of the notes dropped into the coffin echoes across large areas of a city that has recovered so completely in parts that the only evidence of Katrina is how often it still comes up in conversation.

The money-spinning French Quarter is once again busy with tourists and white southern gentlemen in Panama hats and bow ties populate the restaurants of the smarter ends of town as though nothing ever happened.

Then there is Ventura Drive, a few blocks from Katrina’s funeral in St Bernard parish. House number 3112 stands almost alone. There is a compulsory demolition notice taped to the window. There is no 3110 or 3114.

The blocks to the left and right, in front and behind, have been wiped of all sign of the homes that once stood there. Today, grass stretches right across the space where the houses stood close to an oil refinery at the water’s edge, which poured fuel into the flood five years ago. More than one third of the population of St Bernard has still not returned.

Across the administrative line in the neighbouring Lower Ninth, the predominantly working-class African American district that bore the worst of the disaster, just one in four residents has moved back. One is Henry Irvin, whose house sits virtually alone on St Louis Avenue.

“The house next door almost blew on top of mine, but it didn’t. But my house did fill with water, was covered with water. Everything inside was destroyed. All my personal stuff,” he said. “Volunteers gutted my house. We had to air it out and then we had to rebuild. New insulation, new electrics, new everything.”

Irvin, 74, fled the day before the storm. For the next three years he moved around, living with relatives and in a trailer provided by the authorities. Finally he moved back home in 2008.

“I was just trying to hurry up and get home because there was nothing like living in that damn trailer. Most of my neighbours are gone. In my square, I’m the only house. All around are empty lots. Turn the corner, and there’s nothing there but grass and trees,” he said. “There was a time when everybody around here knew everybody. It changed. There’s not the people, not the community. Perhaps they can change it for the better, but they’ve got to give us a fair share of the pie. There’s a lot of people all the way to Texas that want to come back home but they can’t because they can’t afford to rebuild or bring their kids back here because we don’t have the schools. They give the grants to the people with the big houses.”

Only one of the five schools in the Lower Ninth has reopened. Hundreds of businesses have been abandoned. Where housing plots are not empty, many are filled with rotting wooden buildings, disintegrating and overgrown. Irvin, like many residents of the Lower Ninth, thinks the city does not want its residents back.

“It’s racism. We’ve been suffering from racism down here for many, many years,” he said. “There are some who want to run us all out of here. Some big people in this town are trying to buy all that land and make it a green space with motels and gambling and casinos.”

It’s a common view in the Lower Ninth, though it has been dismissed by state and city leaders. But earlier this month, a federal judge ruled that the criteria for awarding grants to rebuild discriminated against black people.

The Louisiana state government offers up to $150 000 ­­(R1,1-million) for people to reconstruct their homes, but applicants are not permitted to claim for more than the pre-hurricane value of their properties, no matter that the cost of repairing or replacing a house is similar city wide. Those living in the Lower Ninth, where property values were the lowest in New Orleans, have been hit hardest by the rule.

A recent poll by the Kaiser Family Foundation found that a third of New Orleans residents say their lives are still getting worse because of the hurricane. African Americans were more than twice as likely as whites to say they had not recovered.

The hurricane is often spoken of not as a passing disaster, but as a living entity. People say “she”, not “it”. Joey DiFatta, the chairman of the local council at the time the hurricane struck, declared at the symbolic funeral: “Today, we’re burying this witch.”

For Doris Voitier, who when the hurricane hit had not long been schools superintendent for the St Bernard parish, Katrina lives on in people’s anger at the human failings that compounded the disaster. These began with the collapse of the levees because of a lack of government investment and the disastrously slow response of the Bush administration — the first outsiders to arrive in St Bernard were Canadian Mounties.

When the disaster struck, Voitier was looking after about 250 people who could not be evacuated and were sheltering in a school. These included an elderly woman who was a double amputee, people in need of dialysis and wheelchair users. Hundreds more arrived after the levees broke. There was little food or water and no assistance for days. “There was no rescue. While the world was watching downtown New Orleans, we were under water and no one came for us for five days,” she said.

She has been at the forefront of rebuilding St Bernard. When the federal government failed to respond, she worked with the local oil refineries to bring in trailers to use as schools in order to help families return.

Tears well up in her eyes as she speaks of those early days of the disaster.

But even for those who returned, everything had changed.

“It’s been longer getting rid of that anger because we haven’t seen too much of a sense of normalcy returning. It’s been too catastrophic. When you lose everything, you’ve lost people and friends, you’ve lost homes, you’ve lost the sense of community that you’ve been involved with your entire life, and you felt that nobody cared enough, nobody would do something about it.

“I’m 61 years old. This has been the defining moment of my life. Everything we talk about is before Katrina and after Katrina. I think for people of my generation it will always be that way. On a personal level, it will never be buried.” —