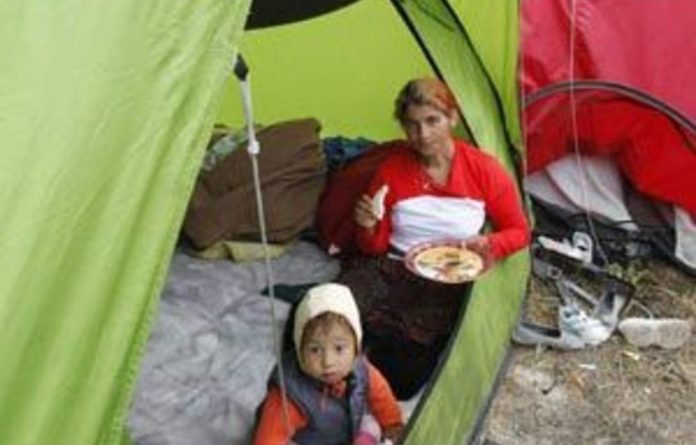 The European Union may take legal action against France for the way it has handled the expulsion of Roma migrants, the EU’s justice commissioner said on Tuesday, calling France’s behaviour a disgrace.

Commissioner Viviane Reding said France had been duplicitous in its dealings with EU authorities over the removal of thousands of Roma migrants and said she believed proceedings should be brought against Paris within weeks.

“My patience is wearing thin. Enough is enough,” Reding told reporters at a briefing in Brussels, raising her voice and thumping the podium in frustration as she spoke.

“No member state can expect special treatment when fundamental values and European laws are at stake.

“I am personally convinced that the commission will have no choice but to initiate infringement procedures against France,” she said, saying the commission, the EU executive, would discuss how to proceed as soon as possible.

In unusually strong criticism of an EU government, Reding said Paris had broken EU laws on the free movement of people in sending about 8 000 migrants back to Romania and Bulgaria this year, part of a crackdown on crime by President Nicolas Sarkozy.

Human rights groups, some ministers in Sarkozy’s government and the Catholic Church have widely condemned the expulsions, saying they are part of efforts by Sarkozy to boost his flagging popularity at a time of unpopular budget cuts.

Reding said she intended to move as quickly as possible to bring proceedings against France, saying steps could be taken within weeks if the Commission was agreed.

“I intend to recommend to President [Jose Manuel] Barroso fast-track infringement proceedings so that we lose no time,” she said.

If France is found to have broken the law it could face fines but would also sustain “a serious loss of prestige”, sources in the Commission said. — Reuters

Ciham Ali was born in the United States and moved to Eritrea with her family. When Ciham tried to leave, she was arrested at the border. After eight years, Human Rights Watch have called for her release
Read more
National