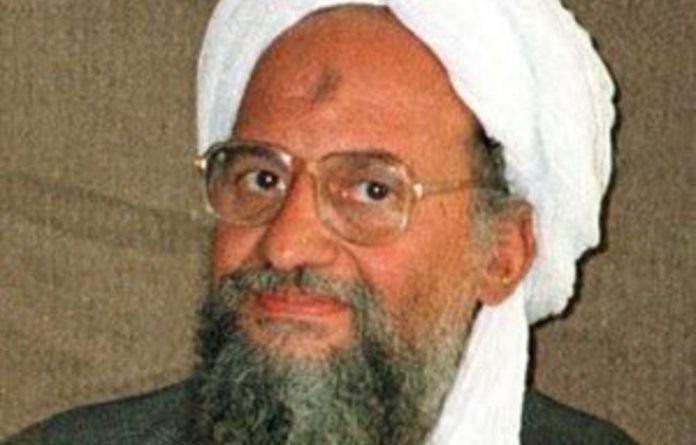 Nine years of fighting jihadists has weakened Western forces, the al-Qaeda number two said in an audio clip four days after the anniversary of the 9/11 attacks, a United States monitoring group said on Wednesday.

“The forces of jihad … have emerged victorious and the forces of the Crusader invasion have emerged weakened by their wounds and exhausted by the haemorrhage of human and financial losses,” said Ayman al-Zawahiri, according to a transcript of the message provided by IntelCenter monitoring service.

Al-Zawahiri did not directly refer to the September 11 2001 that killed almost 3 000 people, but said in the message released after Saturday’s anniversary of 9/11 that attacks had taken place “even on the Westerners’ own soil.”

‘Weakened’
US troops invaded Afghanistan after the September 11 2001 attacks to oust the Taliban, which Washington accused of sheltering al-Qaeda.

“Nine years after the beginning of the Crusade against Afghanistan and then Iraq, here is the Crusade reeling after being weakened by the blows of your devoted sons, the mujahedeen,” Zawahiri said, according to IntelCenter.

Western forces are “searching breathlessly for a way out”, he said.

Today, 150 000 US and Nato troops are fighting in Afghanistan to quell an insurgency, which is intensifying and momentum is widely seen to have moved in the Taliban’s favour as their footprint spreads.

Al-Zawahiri also slammed leaders from Pakistan to Egypt as being corrupt and in league with the West.

The heading on the transcript indicates the message was recorded during the Muslim holy fasting month of Ramadan, which ended last week, but IntelCenter said it was only released on Tuesday. — AFP

Although the overall rate of conflict has remained steady in Africa during the past 10 weeks of the pandemic, the nature of this is changing in subtle but significant ways
Read more
World

Last year was the deadliest for civilians since the current political crisis began in 2012. And the fighting is also increasing in neighbouring countries
Read more
Advertising
Continue to the category
Africa