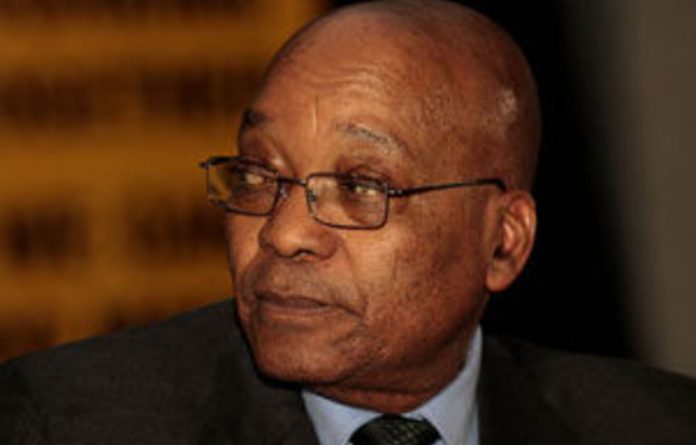 Some fairly safe bets in South Africa’s turbulent politics are that massive unemployment will persist, poverty will remain widespread and the ruling ANC will stay in power but do little to fix the problems.

African National Congress members will debate and advocate economic, employment and welfare policies next week at one of the party’s biggest political events in years when it holds its national general council meeting from Sept. 20-24.

But the ANC’s big tent structure, marked by a persistent search for consensus among a cacophony of diverging voices, almost certainly ensures it cannot advance much-needed reforms to address the country’s most obvious problems.

“The ANC’s inability to make policy decisions on a whole range of issues … means that we cannot compete,” said Nic Borain, an independent political analyst.

“The real debate and real democracy is within the ANC. It positions itself as the Parliament of the people and there is a degree to which that is true,” he said.

Despite its shortcomings, the ANC is almost certain to enjoy years, if not decades, of continued rule because of its role in bringing down apartheid, the lack of a credible opposition, consistent support among the black majority and strong fund raising.

“Since 1994, the people have put the ANC in power and they will continue to do so,” President Jacob Zuma told Parliament last week.

Union anger
Economists for years have called on the ANC to introduce reforms to add flexibility to the labour market where unemployment is officially 25%, but could be as high as 45%, according to some experts.

The ANC, which is in a formal alliance with the powerful Congress of South African Trade Unions , has balked at reforms in order not to anger its union partners who fear measures that would make it easier for employers to fire workers.

As a result, since a spike in employment in the six years that followed the end of apartheid in 1994, the number of jobs in Africa’s biggest economy has hit a plateau despite annual growth of about 5% from 2002-2007.

The workforce has grown increasingly expensive, creating a drag on the economy that limits foreign investment.

The finance minister said the economy will have to grow at 7% per year for two decades to alleviate unemployment and poverty, a nearly impossible task, especially with the central bank seeing growth at 2,8% this year.

The consensus-building policies the ANC has advanced to solve the problem include massive spending on education, which takes up about one-fifth of the budget, and on job training.

But it has had trouble implementing education reforms due to the objections of teachers’ unions who are a vocal part of the ruling alliance and oppose measures that make them more accountable for the performance of their students.

Factional friction has hindered the ANC in its efforts to build more housing for the poor, privatise its loss-making state-owned firms, improve public health and provide electricity to the slums.

For international investors, compared to the likes of China and India, two members of the BRIC quartet of leading emerging economies, South Africa fares poorly in terms of labour costs.

The average monthly salary, including overtime and benefits, is R6 400 ($896), according to Statistics SA. By contrast, this year the official average monthly wage for a city worker in China has been 1 783 yuan ($264) and an entry-level factory worker could be on a third of that.

Inertia
The benefits of ANC rule, not the least of which is stable democracy in a state once scorned as a global pariah for apartheid, have been stable monetary policy and institutional inertia that squashes populist ideas.

This point should not be lost when its communist partners want the state take over more firms and Cosatu wants the central bank to ignore certain key economic indicators such as inflation when setting interest rates.

The ANC has mostly kept ideologues away from economic policy and made sure the businesses that drive the economy are not slowed down.

“Because they are a big tent, it makes it difficult to achieve policy reforms that the business sector may see as necessary but there are also negative policies that can be restrained,” said Mark Schroeder, a US-based Africa specialist for global intelligence company Stratfor.

Among the more populist proposals that are likely to come up at the ANC policy meeting next week are calls to weaken the rand by more than 25% and nationalise mines in the world’s largest platinum producer and fourth-largest gold producer. – Reuters