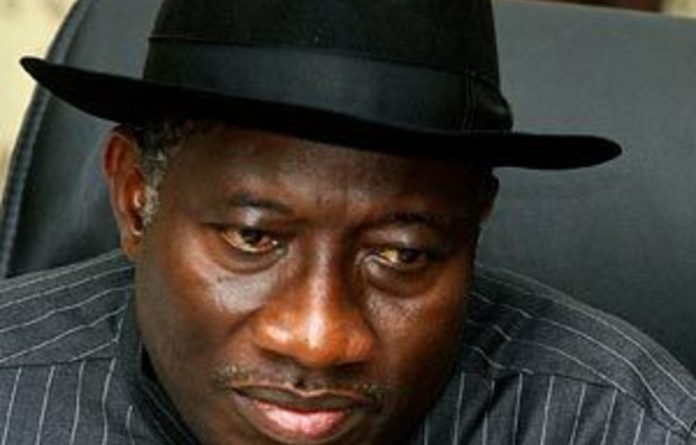 Nigerian President Goodluck Jonathan on Wednesday declared his intention to run in January elections on social networking site Facebook, in an apparent bid to divert attention from a rally being held by a key rival.

A statement appeared on Jonathan’s Facebook page announcing his intention to run as thousands of people convened in a square in the capital, Abuja, for the campaign launch of his rival, former military ruler Ibrahim Babangida.

“Today I confirm that after wide and thorough consultations … I Goodluck Ebele Jonathan by the grace of God hereby offer myself and my services to the Nigerian people as a candidate for the office of President in the forthcoming 2011 elections,” the statement on Jonathan’s Facebook page said.

It said he would make a formal declaration in the capital, Abuja, on Saturday on his intention to run for the leadership of Africa’s most populous nation.

Jonathan’s election bid is controversial because of an agreement in the ruling People’s Democratic Party (PDP) that power should rotate between the mostly Muslim north and predominantly Christian south.

Jonathan, who is from the Niger Delta in the south, inherited the presidency when late northern president, Umaru Yar’Adua, died earlier this year during his first term, and some powerbrokers within the PDP say the next leader must be a northerner.

The Facebook statement said Jonathan had decided to run after consultations with the country’s six geo-political zones, the ruling party, the opposition, civil society, labour unions and religious leaders.

Jonathan also faces competition from within the PDP.

Both Babangida and former vice-president Atiku Abubakar have said they will run against him for the PDP nomination and other northerners, including Kwara state governor Bukola Saraki and national security adviser Aliyu Gusau, are also expected to seek the party’s ticket.

Jonathan and his office have been officially coy on whether or not he will stand, but a recent reshuffle of the military top brass and policy announcements akin to campaign promises — from privatising the power sector to setting up a sovereign wealth fund — left few Nigerians in much doubt over his plans.

His choice of Facebook to announce his intentions was a surprise. The majority of Nigeria’s 150-million people live on $2 a day or less and have limited access to clean water and electricity, let alone the internet.

But the country has nonetheless overtaken South Africa as the continent’s top cellphone market and is estimated to have the largest online audience in Africa.

Enough Is Enough, a civil society group hoping to encourage young people to take an active role in Nigeria’s elections, estimates there are more than 1,6-million Facebook users in Nigeria. — Reuters

“They say people disappear, young men with dreadlocked hair, with tattoos, or even just carrying a laptop in a backpack,” writes Elnathan John in a reflective essay about Nigeria.
Read more
Friday

Book review: The girl with the louding voice by Abi Daré

On Monday, 5 October — World Teachers Day — we recalled the teachers who helped us become the people we are today
Read more
National

“The province’s member of the executive council for transport Weziwe Tikana-Gxothiwe is suing a United Front activist for Facebook posts he made that she says paint her as corrupt.”
Read more
Sport