What music is supposed to do 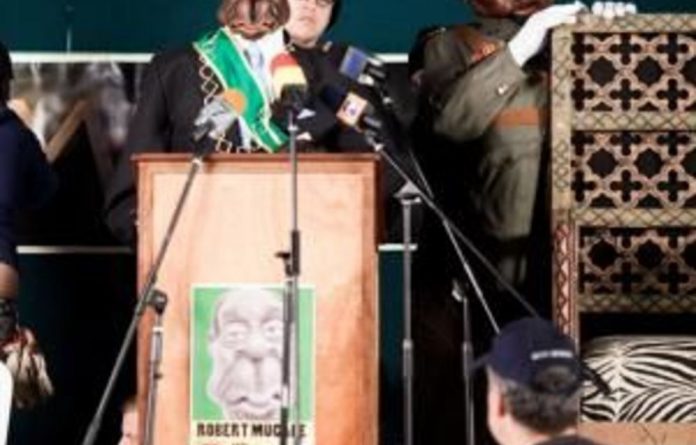 Popular Afropop band Freshlyground have had their visas to perform in Zimbabwe revoked.

This, after their Robert Mugabe spoof video for Chicken to Change, a collaboration with the ZA News team, upset the delicate constitution of the Zimbabwean ruling party. This effectively bans them from performing in the country for the foreseeable future.

This may seem a bit like banning the Care Bears, but it won’t be the first time a state has tried to silence a band, or, at the very least, turn the volume down a little. Music is a very important political tool, which probably explains why governments take it so seriously. If a catchy slogan on its own is a powerful rallying force, a message set to an irresistible beat is unstoppable.

South African
Under apartheid, there was a great deal of restriction, both from the government, who tried to silence both local artists who told South Africans the truth and international artists who tried to tell everyone else. Add to that the cultural boycotts, where foreigners refused on principle to play here, and you have a pretty sad situation when it comes to musical expression. That said, there’s nothing like an oppressor to ensure that the music made underground is as vibrant, emotive and powerful as any ever produced, and it is that heritage and energy that still feeds many local artists today.

Fela Kuti
If anyone wants to learn how to really annoy an African government, they should just look at the master himself. Nigerian legend Fela Kuti was critical of his own government, other people’s governments, Islam, Christianity, colonisers, the colonised, and more. He put these views into songs and other writings. And, as suits someone with a megalomaniac streak, created an entire community around himself called the Kalakuta Republic, which was constantly raided and destroyed by the Nigerian government in the seventies. He then started his own political party and tried to run for president. Thirteen years after his death, his music is still shared between those wanting to bring about social consciousness and change.

America’s Vietnam war
There were plenty of young people in the United States who were keen to point out just what a mess the Vietnam war was causing. The vibrant expressions of that dissatisfaction, that the US government had no real power to silence (they must have been kicking themselves for that First Amendment) are one of that era’s most enduring legacies. When Kent State University students protesting the war were shot at and killed by police, Crosby, Stills Nash & Young wrote Ohio, one of the most direct protest songs of the time as it mentions president Richard Nixon by name.

China
The list of artists banned from performing in China gets longer every day. The Ministry of Culture keeps a close watch on anyone who seems too outspoken on issues such as Tibet and Taiwan, and stops them from entering the country. Since Icelandic singer Bjork started yelling “Tibet!” from the stage while performing in Shanghai, things have become even stricter. Bob Dylan for example, who, while he no doubt really irritated the US government throughout the sixties and seventies, was never actually censored, was denied entry last year based on his reputation as a grumpy old protest singer.

Iran
You’re not like likely to hear anything you can sing along to on Iranian radio. The government has a near complete ban on Western music, and only Iranian classical and religious music (with a few local pop songs thrown in for the kids) can be played. Some Iranian musicians have been banned from leaving the country lest they promote their anti-government views. That said, you can still buy music by Yusuf Islam (the artist formerly known as Cat Stephens) in shops. If you really want to.

A new phenomenon has young “Western style” Iranian bands finding ways to get their music heard out of the country — at major cost. Some have left the country to tour the UK and other places, knowing they can never go back without finding themselves in all sorts of trouble. In a recent documentary highlighting these bands (No One Knows about Persian Cats) a concert organiser, when the police arrive at a gig, is heard saying: “This is what music is supposed to do”.